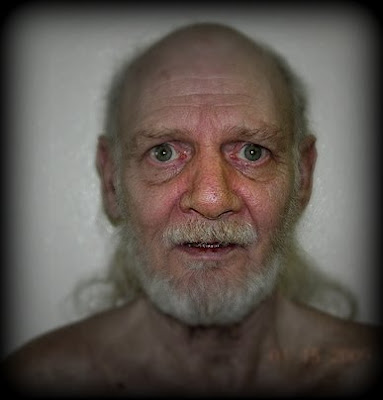 ...Bruce Webster was an obvious suspect for homicide detectives, but he was not charged... Police continued to work on the homicide case but could not implicate the 17-year police veteran... "When I get angry," Webster told the detectives, "people get seriously hurt or they die"...

MAN CONVICTED OF TWICE ABDUCTING NOW-SLAIN WIFE
Washington Post
By Tom Jackman
Friday, August 28, 2009
In the months before Joann Webster was found stabbed to death in her Fairfax County apartment in 1991, she told police that her husband, recently retired Fairfax Officer Bruce Webster, had kidnapped her twice, once at gunpoint. Bruce Webster was charged with his estranged wife's kidnappings but not with her death. On Thursday, a Fairfax jury convicted Webster, 69, of two counts of abduction and one count of using a gun in an abduction and sentenced him to 19 years in prison. "My mom finally got justice, thanks to the great people of Fairfax County," said an emotional Tammy Magourik of Cleveland, Tenn., Joann Webster's daughter. She had watched the entire trial. Joann Allison Webster was a popular waitress at Elsie's Magic Skillet, a well-known diner on Route 1 in the Mount Vernon area of Fairfax. The Skillet was a regular hangout for Fairfax officers, including Bruce Webster. The two met at the Skillet and were married in the restaurant in October 1988. Bruce Webster resigned from the Fairfax force in January 1990, police said, and the couple moved to Alabama. Joann Webster broke up with her husband there and moved back to Fairfax, resuming her job at the Skillet, its former longtime owner, Elsie Plues, testified at the trial this week. The ensuing tensions between the Websters, who planned to divorce, led to charges against Bruce Webster in January 1991 after he allegedly abducted his wife from her new apartment in the Sacramento Square complex and took her to Prince William County. On Feb. 15, 1991, he was served with divorce papers. On Feb. 16, 1991, the body 0f Joann Webster, 44, was discovered after she didn't show up for work at the Skillet. She was wearing her waitress uniform. Bruce Webster was an obvious suspect for homicide detectives, but he was not charged. He did not appear for his preliminary hearing on the abduction charge and he vanished soon after, quietly relocating to Las Vegas. Police continued to work on the homicide case but could not implicate the 17-year police veteran. In 2007, Fairfax's cold case homicide squad revisited the case. After consulting with Fairfax prosecutors and the FBI, detectives Steve Milefsky and Robert Murphy tracked down Bruce Webster to see what he had to say. Webster spoke at length, on tape, to his former colleagues, and although he denied killing or kidnapping his wife, his own words helped sink him. "When I get angry," Webster told the detectives, "people get seriously hurt or they die"... [LINK to full article]
[police officer involved domestic violence law enforcement fatality fatalities murder virginia state cold case solved jail]
on 8/31/2009