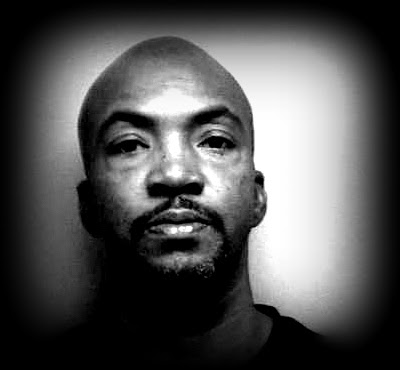 [DES PLAINES POLICE SGT. MATTHEW] HICKS STRUCK HIS WIFE ON THE HEAD WITH HIS FIST, PULLED HER HAIR, AND PREVENTED HER FROM CALLING POLICE BY TAKING THE PHONE AWAY... SHE RAN FROM THE HOME TO A PATROL OFFICER PARKED ON CAPE COD LANE... "SHE HAD VISIBLE INJURIES WHEN WE ARRIVED"... THE WOMAN WAS BLEEDING...  HE WAS CHARGED WITH ONE MISDEMEANOR COUNT EACH OF DOMESTIC BATTERY AND UNLAWFUL INTERFERENCE WITH THE REPORTING OF DOMESTIC VIOLENCE... HUNTLEY POLICE HAD TWICE BEFORE RESPONDED TO DOMESTIC INCIDENTS AT THE HOUSE... NO CHARGES WERE FILED AT THE TIME...

OFFICER ON LEAVE OVER DOMESTIC BATTERY CHARGE
Des Plaines cop accused of hitting his wife
Chicago Tribune
By Andrea L. Brown
April 21, 2010
[Excerpts] A Des Plaines police sergeant was on paid leave after he was charged Sunday with domestic battery in Huntley. Authorities also charged Matthew Hicks ... with interfering with a report of domestic violence. Huntley Police Chief John Perkins said Hicks was accused of battering his 29-year-old wife during an argument at their home and yanking the phone from her hand when she tried to call police. Shortly before 1 a.m. Sunday, she ran from the home to a patrol officer parked on Cape Cod Lane... Huntley police had twice before responded to domestic incidents at the house, once in 2007 and in March, authorities said. Des Plaines police were conducting an internal investigation that could result in suspension or termination for Hicks, Chief Jim Prandini said... "I'm just extremely disappointed that he would put himself a situation that reflects unfavorably upon himself and the Des Plaines Police Department... We run a professional organization, and we want to get this resolved as soon as possible." [Full article here]

DES PLAINES COP CHARGED WITH HITTING WIFE
Sergeant Matthew Hicks Placed On Paid Leave After Arrest
cbs2chicago.com
Apr 21, 2010
[Excerpts] A northwest suburban sergeant has been stripped of his police powers and placed on paid leave after being arrested for domestic violence at his home in Huntley... [Matthew Hicks] was charged with one misdemeanor count each of domestic battery and unlawful interference with the reporting of domestic violence... Hicks and his wife were in their car when they got into an argument, [Huntley Deputy Police Chief Mike] Klunk said. "It escalated when they reached the residence and he struck her on the forehead." When she tried to call 911, Hicks allegedly took the phone from her and ripped the cord from the wall. She then ran out the door and down the street, where she found a Huntley police patrol car and sought help, Klunk said. The officers investigated and took Hicks into custody.... As of Wednesday, he had been stripped of his police powers and his star and weapon had been taken away... [Full article here]

DES PLAINES OFFICER SUSPENDED AFTER DOMESTIC BATTERY CHARGE
Chicago Daily Herald
By Madhu Krishnamurthy
and Charles Keeshan
4/21/2010
[Excerpts] A longtime Des Plaines police officer [Matthew R. Hicks] has been suspended from duty with pay after being arrested over the weekend in Huntley on a domestic battery charge... Hicks and his wife were returning from an evening out and got into a verbal argument... The fight escalated when they got home. Hicks struck his wife on the head with his fist, pulled her hair, and prevented her from calling police by taking the phone away, Huntley Police Chief John Perkins said... "She had visible injuries when we arrived"... Perkins said police have been called to the Hicks' residence on two other occasions for domestic issues. No charges were filed at the time. Police immediately took Hicks into custody and charged him with domestic battery and unlawful interference with reporting domestic violence - Class A misdemeanors carrying a maximum punishment of up to a year in jail with up to two years probation, and a $2,500 fine... His next court day is May 5 before McHenry County Judge Gordon Graham. Hicks has been ordered to stay away from his wife for a minimum of 72 hours. Hicks' case was up in court Wednesday morning on a defense motion to modify a standard court order requiring that he turn over any firearms in his possession while the case is pending... Hicks was ordered to turn over his police-issued service handgun to the Des Plaines Police Department instead of Huntley, which he has done, Des Plaines Police Chief Jim Prandini said. Hicks also has relinquished his badge and identification, while Des Plaines police officials conduct their own internal investigation on the sergeant who has about 18 years with the department. "He has been put on paid administrative leave for now," Prandini said... Hicks' case will be presented before the Des Plaines Police and Fire Commission. "Based on the severity of this incident, I'm looking to bring it to them sooner rather than later," Prandini said... [Full article here]
[police officer involved domestic violence oidv intimate partner violence (IPV) abuse law enforcement public safety illinois state repeat hx]
on 4/24/2010