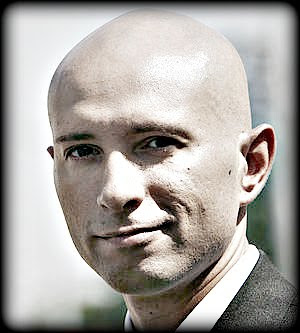 Jose Nazario
Former Riverside police officer formerly subject to domestic violence order
Former Marine Sgt, accused and acquitted of illegal killing of detainees in Iraq
Ex-Riverside Police Officer, and former Marine, Jose Luis Nazario Jr. was acquitted of killing two unarmed Iraqi detainees during the 2004 battle for Fallujah. He has been suing the city of Riverside for $6 million because they refuse to take him back after he was acquitted of those charges. U.S. District Judge Virginia A. Phillips is siding with Riverside. Riverside Police say their own investigation finds he was involved in killings of Iraqis, but that's not the reason they say they don't want him back:
"...He was acquitted of all [Iraq-related] charges in August 2008 and immediately sought to be rehired by the Riverside police. After an investigation in which the domestic violence issue was uncovered and the federal wiretaps were reviewed, the department rejected Nazario in January 2009. His lawsuit followed... The wiretaps disclose Nazario said that as a policeman 'it was 'fun to _____ around with people,' that he gets 'to beat somebody's ____ because they're drunk,'... He also discussed with another former Marine ways to successfully lie in a polygraph examination... Federal investigators had shared the wiretaps with the city. Much of the content was not admitted at Nazario's manslaughter trial, including a portion in which he describes how to respond if directly asked if he had murdered anyone: 'Just be like, yeah, I was in combat. And they waive all that...'"
Source: Judge favors Riverside's decision not to rehire Marine acquitted of killings, The Press-Enterprise, By Richard K. De Atley, Monday, March 21, 2011
FROM EARLIER NEWS:
Former Marine charged in killings of 8 Iraqi prisoners: The Murrieta resident, who worked as a Riverside police officer until last week, is expected to appear in court today.
Los Angeles Times
By Joe Mozingo and Tony Perry
August 16, 2007
[Excerpts] The U.S. attorney in Los Angeles has filed charges against a former Marine sergeant for his alleged role in the killing of eight unarmed Iraqi prisoners during a November 2004 battle in Fallouja, according to military and civilian sources. Jose Nazario, a Murrieta resident who worked as a sworn officer in the Riverside Police Department until his termination last week, is expected to appear in a federal courtroom ... Naval Criminal Investigative Service agents are examining allegations against other members of Nazario's squad, who are still in the Marine Corps, but referred Nazario's case to the U.S. attorney, sources said. The investigation involves the same company -- Kilo Company, 3rd Battalion, 1st Regiment -- that is the focus of the worst alleged atrocity in Iraq, the killing of 24 civilians in Haditha on Nov. 19, 2005... Military investigators first became aware of the Fallouja incident when a member of the squad, Cpl. Ryan Weemer, took a polygraph examination as part of his bid to join the Secret Service. In answer to a routine question - if he had been involved in unjustified killings - Weemer disclosed the prisoner killings... [Full article here]
Marine tells of killing Iraqi prisoners: The graphic taped interview is played at a hearing on the deaths.
Los Angeles Times
Tony Perry
July 11, 2008
[Excerpts] In graphic taped interviews played at a preliminary hearing Thursday, two Marines told how they and a third Marine killed four unarmed prisoners in Iraq. In one interview played at the hearing for Sgt. Ryan Weemer, Sgt. Jermaine Nelson told an agent from the Naval Criminal Investigative Service that he and Weemer were ordered by their sergeant to kill the prisoners... Weemer is charged with murder and dereliction of duty, Nelson faces similar charges, and Sgt. Jose Nazario is charged with manslaughter in federal court in Riverside. In the interview, Nelson told the investigator that Nazario said, "I'm not doing all this ... by myself. You're doing one and Weemer is doing one." Nelson said that he watched in shock as Nazario shot a kneeling prisoner at point-blank range: "He hit the dude in the forehead, the dude went down and there was blood ... all over [Nazario's] boots"... The Marine Corps recalled Weemer to active duty so he could be charged. Nazario was a probationary Riverside police officer when he was charged. Nelson and Weemer, in their interviews, said that Nazario ordered the killings... [Full article here]
Former Riverside police officer sues over firing, failure to rehire
The Press-Enterprise
By Paul Larocco
Wednesday, March 10, 2010
[Excerpts] A former Riverside police officer who was fired and denied an opportunity to be rehired upon being cleared of Iraqi war crimes is seeking millions of dollars in damages from the city. Attorneys for Jose Luis Nazario Jr. filed a federal lawsuit Wednesday that alleges police promised to reinstate the decorated Marine if a civilian jury found him not guilty in August 2008 but failed to follow through... Riverside City Attorney Greg Priamos said the allegation Nazario was discriminated against based on his military record has "no merit." He added that the state's Peace Officer's Bill of Rights prevents him from specifying the reasons Nazario was terminated during his 18-month probationary period and then not rehired. "We do not believe that any actions taken relative to his service with Riverside police in any way violated federal law," Priamos said... Nazario lost his home following his dismissal in Riverside, and soon moved back to his native New York. He plans to enroll in college... [Full article here]
[police officer involved domestic violence oidv intimate partner violence ipv abuse law enforcement public safety lethal fatality fatalities murder california state politics teflon liability]
on 3/24/2011