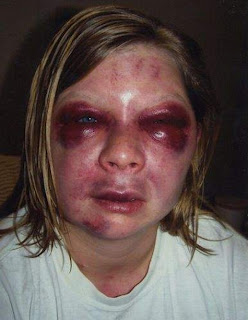 EMILY
...Jackson MS Firefighter James McCaffrey spoke afterward, while facing Emily and her family. "The things that transpired that night were because of things I were going through," McCaffrey said. "I should have reached out for help. From the bottom of my heart, I'm sorry"... Whether McCaffrey will keep his job with the Jackson Fire Department after the guilty plea to the misdemeanor was not clear... McCaffrey initially was fired by the Fire Department after he was arrested, but the Civil Service Commission reinstated him... 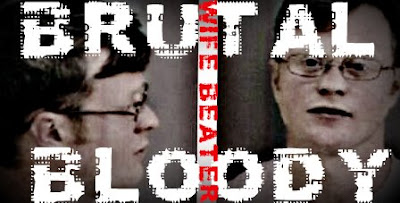 RAYMOND — A Jackson firefighter will spend six months in the Hinds County Penal Farm for attacking his then-wife on New Year's Eve 2008 in front of their two small children.

James McCaffrey punched his wife with his fist, breaking her nasal bone and causing other injuries.

On Thursday, almost three years after the attack, McCaffrey, 33, pleaded guilty to a reduced charge of simple assault while his now ex-wife, her new husband and her parents looked on in the small courtroom in the Hinds County Detention Center.

McCaffrey was charged with domestic violence the night of the attack, but the charge later was upgraded to felony aggravated assault because of the severity of his wife's injuries.

The former Emily McCaffrey said she agreed to the plea deal because she wanted closure.

Emily's mother, Becky Rainey, spoke for the family inside the courtroom.

Emily cried at times as she sat in the back of the courtroom holding her new husband's hand.

Becky Rainey had pictures showing how battered her daughter looked after the attack.

McCaffrey spoke afterward, while facing Emily and her family.

"The things that transpired that night were because of things I were going through," McCaffrey said. "I should have reached out for help. From the bottom of my heart, I'm sorry."

According to authorities, McCaffrey had been drinking prior to the argument and admitted to having a drinking problem in the past.

Also, McCaffrey said he had been diagnosed with mental illness and was taking an antidepressant when he struck his then-wife.

On Thursday, McCaffrey told special Circuit Judge L. Breland Hilburn that he is taking an anti-depressant.

McCaffrey's attorney, Thomas Mayfield, asked Hilburn if McCaffrey could report to the Penal Farm on Monday instead of beginning his sentence immediately. He said McCaffrey had been involved in a traffic accident this week and suffered a concussion.

But when asked by the judge for documentation, McCaffrey said he didn't have any.

Assistant District Attorney Lora Hunter said if McCaffrey is receiving treatment from a doctor, he should supply something from a physician to verify it.

Hilburn agreed to allow McCaffrey to remain free until Monday contingent upon him providing paperwork from a doctor.

Whether McCaffrey will keep his job with the Jackson Fire Department after the guilty plea to the misdemeanor was not clear in a response city spokesman Chris Mims provided to The Clarion-Ledger.

"This is a personnel situation and the city cannot comment specifically," Mims said when asked about McCaffrey's status. "The JFD is aware of the pending criminal action, and now that there is a resolution, the JFD will take the appropriate personnel action. Any personnel action is subject to review by the city Civil Service Commission."

McCaffrey initially was fired by the Fire Department after he was arrested, but the Civil Service Commission reinstated him.

Then-Commission Chairman the Rev. Horace Buckley Sr. said the decision was based on testimony from McCaffrey that he was suffering from depression, anxiety and post-traumatic stress disorder at the time of the assault.

...Lock him up with a couple of jailbird Bubbas who can even the score. What a monster. Glad she got out and got on with her life. May God bless her new marriage!...

...I think his mental and drinking problems should be considered when deciding whether or not to continue his employment where others are depending on him... especially his fellow firefighters...

...What kind of a person that calls themself a prosecutor would even consider a reduced charge on evidence like this...

...A three year delay and only six month. What a miscarrage of justice...

...Take him to Rankin County at CMCF, put him in a cell with some of those women there, show a picture of his wife......

...He did not just punch her one time....he repeatedly punched and beat her....over and over and over again....all night long....all the while her two children were in the room watching...

...I wonder how many times he had hurt her before she got help and got out...

...Emily, kudos to you for getting the floof out before he killed you or did some bodily harm to those babies...