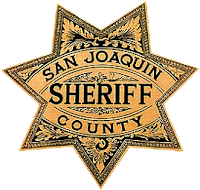 San Joaquin County sheriff's Deputy Clinton Sizeula was arrested and placed on administrative leave after a single-vehicle accident that involved alcohol and injured both he and his wife.

DEPUTY ARRESTED AFTER DUI CRASH INJURING WIFE
recordnet.com
By Jason Anderson,
October 11th, 2013
[Excerpts] ...[San Joaquin County sheriff's Deputy Clinton] Sizeula sustained a laceration to the forehead and a concussion... Sizeula's wife suffered a severe laceration to the forehead, a small laceration to her liver, a potential fracture to her left hip, a broken nose, and multiple cuts and bruises... Both occupants had to be extracted from the vehicle before they could be taken to a hospital for treatment... Authorities said the case has been referred to the San Joaquin County District Attorney's Office for review. The District Attorney's Office will decide whether to file charges... [Full article here]
[police officer involved domestic violence oidv intimate partner violence ipv abuse law enforcement public safety lethal alcohol california state politics]