[IN] Deputy Roeger arrested and charged after domestic incident 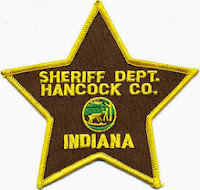 Indiana - Hancock County Sheriff’s Deputy Scott Roeger of Greenfield was arrested and faces charges of intimidation, criminal mischief and residential entry after breaking into his ex-girlfriend's home. Roeger punched some damage to structures and belongings in the woman's home and now has been placed on paid suspension. 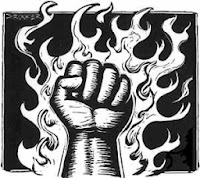 Alcohol isn't mentioned in the news articles but it happened about 2 a.m. after a Saturday night.

One of the questions then would be how did he get to her home.


One of the questions now would be - what safety options are offered her.

POLICE ARREST HANCOCK CO. DEPUTY
WISHTV.com
Updated: Monday, October 7, 2013
[Excerpts] ...The female resident told police Roeger walked in her house and became angry because she had another male guest at her home. He punched the door to a bedroom, found the man in the room, and began to break things. He then went down the stairs and started punching pictures on the wall. The resident told him to leave and Roeger told the man in the home that "he didn't know what he had gotten himself into" and that he was "done for"... The woman told police she believes Roeger used a plastic card to unlock the door, as he did not have a key or her garage code... [Full article here]

SCOTT ROEGER FACES FELONY CHARGE AFTER VIOLENT OUTBURST AT WOMAN'S HOME
Daily Reporter,
By Noelle Steele
October 06, 2013
Updated: October 07, 2013
[Excerpts] A special prosecutor has been asked to handle the criminal case against a sheriff’s deputy [Scott Roeger]... Roeger, who was off duty at the time, punched a hole in a bedroom door and also hit a number of glass-framed portraits hanging on the walls, breaking the glass and lacerating his hand... http://www.greenfieldreporter.com/view/local_story/Deputy-arrested-on-intimidatio_1381077505

HANCOCK COUNTY SHERIFF'S DEPUTY ARRESTED AT HOME OF EX-GIRLFRIEND
indystar.com
Oct. 6, 2013
[Excerpts] ...[Hancock County Sheriff Mike] Shepherd said Roeger was booked into the Hancock County Jail and will remain there until he appears in court this week, at which time his bond is expected to be set... [Full article here]