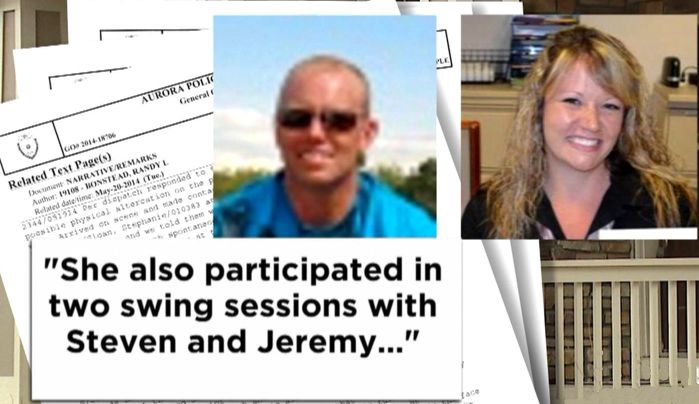 Denver Police Officers Jeremy Ownbey and Steve Sloan, along with their wives - partially dressed Jamie Ownbey and fully dressed Stephanie Sloan - had a violent altercation in the home of the Sloans' where alcohol was involved. All but Stephanie were throwing punches. While this was going on between the formerly swapping "swinging" lovers - minus Stephanie ["Steven wanted Stephanie to join, but she refused"], the Ownbeys had left their two "small children" at home without supervision.

Four Aurora police officers responded to the the Sloan's home after Officer Ownbey (and Jamie?) had left, but while APD officers were still there Jeremy Ownbey is said to have returned, appearing and admitting to being drunk. Who is surprised that the Aurora officers did not arrest Officer Ownbey for drunk driving, cite him, or give him a sobriety test? Instead they gave him a ride home. Aurora police spokesman Frank Fania reportedly said that the Aurora officers made a "poor decision" and that he wished the officers could have a do-over because, "It’s not our way of doing business".

He said there is an investigation into why the Aurora officers didn't arrest Officer Ownbey.


It takes an investigation to figure that out?

Injuries are not mentioned in the articles and the danger is downplayed. What injuries occurred when Officer Sloan punched Jamie Ownbey in the face or when he was punched "numerous" times in the head by Jeremy Ownbey? And I can't imagine the police would call it "gun play" if *I* pulled a gun, pointed it, and threatened to shoot someone. What the Aurora spokesman calls a "brawl" was lethal with head punches, forceful falls, drunk (mad) driving, and a gun in the hand of a trained shooter. That's not playing.

How long were the children left alone and just how "small" are they? I'm wondering why the writers of the articles don't ask or say. 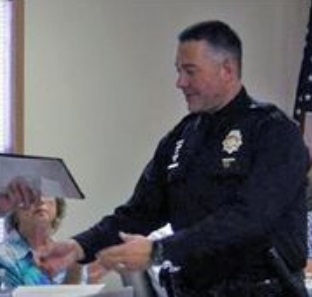