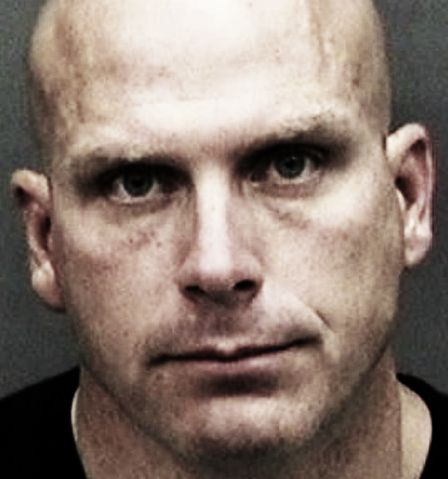 Plant City police Officer Matthew Combs was arrested for domestic violence battery, put on unpaid leave, then he was ALLOWED to resign within 2 days. That sure sounds like there was evidence that an assault occurred. An internal investigation had been "initiated" but that process would have shut down as soon as he resigned - so there will be no finished report of what happened. When he resigned it STOPS the internal investigation because he is no longer an employee. Without a completed report he can actually be hired back or by another department if he can intimidate the victim to not cooperate with the criminal charges or if the good ol' boy system spanks his hands by letting him do an alternate program that will erase the assault from his record.

There is a list of folks on Facebook begging the chief to not accept the resignation because Matthew is a good guy and because he's served the community. Neither of those things has anything to do with the crime of domestic violence. His supporters say he touched her forehead with a finger and that this is a he-said she-said. (I'm doubting both of those scenarios because of the immediate UNpaid leave.) His supporters don't realize how that resignation HELPS "Matt" not be accountable for his criminal actions or how it is actually a part of his becoming rehired at the same department or another one nearby. Too often there is a formula for making domestic charges roll off the back of officers so they can keep their weapon and stay in the profession:


The chief, city manager, judge, and district attorney are usually there for the officer - meaning NOT-there for the victim. The victim has not been mentioned in any of the articles other than she is his EX and it was Father's Day. We aren't told if she is hurt, afraid, hiding, recanting, safe, getting services, or fearless. IN THESE STORIES she's usually just the backdrop with only room for one "important" person, - the accused officer.

I hope she is okay.

None of these Facebook folks spoke up for the alleged victim or even wondered... 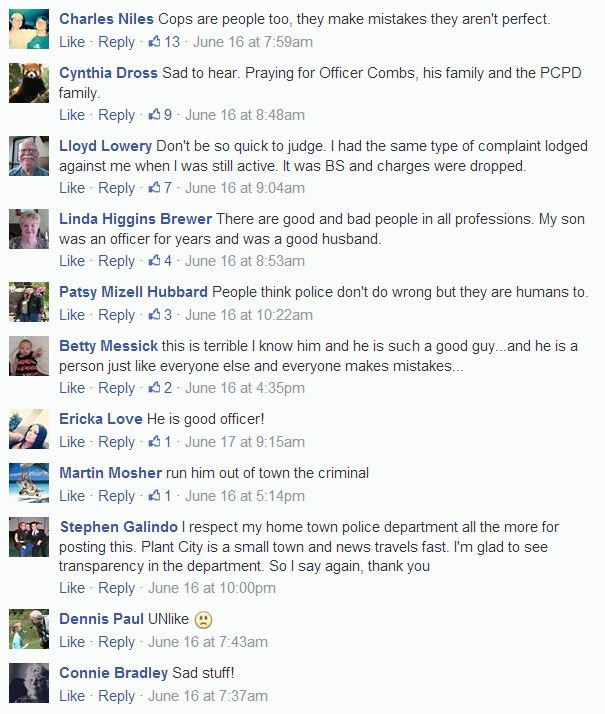