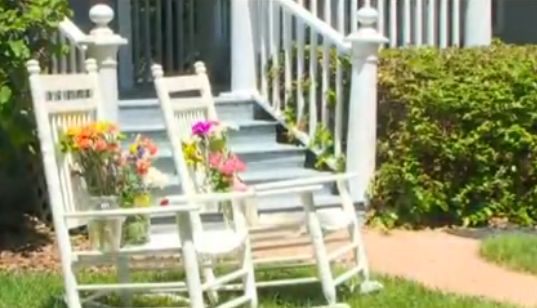 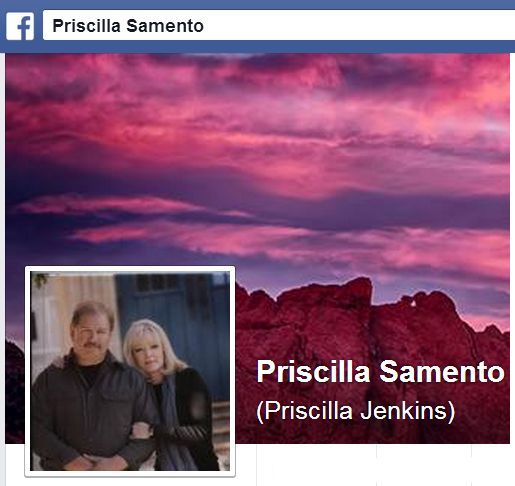 CELEBRATION OF LIFE FOR DANIEL AND PRISCILLA SAMENTO SET FOR FRIDAY: Husband, wife died in what authorities believe was a murder/suicide
Canon City Daily Record
By Carie Canterbury
06/18/2014
[Excerpts] A Celebration of Life for a husband and wife who were employed by the Cañon City Police Department for a combined 51 years is slated for 9 a.m. Friday at the Cañon City High School gymnasium at 1313 College Ave. Daniel Samento, 56, a retired CCPD officer, and Priscilla Samento, 49, a CCPD dispatcher, were found dead in their home Thursday, both having had sustained fatal gunshot wounds.... It appears as if Mr. Samento shot his wife, Priscilla, and then took his own life... "We are in a deep state of mourning," Schultz said Friday. "These were excellent people, excellent employees, and they served the community here exceptionally well. We are, literally, in a state of shock." [Full article here]

PRISCILLA SAMENTO OBITUARY
The Canon City Daily Record
Published in  on June 18, 2014
[Excerpts] Priscilla Elaine Jenkins Samento. What can be said about Priscilla Samento that nearly everyone she met hasn't already said? Priscilla would take the weight of the world off the shoulders of anyone in need, many times at the expense of her own needs. She could be the most sensitive person you would meet and at the same time had the strength of many... [Full obit at Legacy here]

Rocky Mountain Corvette Social club
THREAD: Sad News about Dan and Prisicilla Samento
[Excerpt] "...Dan lead the cruise to the car show... He also was the DJ... and put on the annual car show... He had 3 Corvettes, C5 convertible, C5 Coupe and C6 Z06, all black. He also had a business where he repaired Corvettes with his son... Last Thursday, June 12, Dan evidently shot Prisicilla while she slept and then committed suicide. No one that I know of suspected this was coming. I talked with Dan for quite some time [May 10]... He seemed dispondent, disillusioned, and out of sorts. He told me he recently had sold his C5s, sold his truck, and property where he had just completed his garage and was going to build a new house, and was going to sell his Z06. I had asked [R.N.](Corvette Center) if he knew what was wrong with Dan as I had never seen him this low. [R.N.] did not know. Always cheerful, helpful, and forthcoming, Dan was a good friend to Corvette people and others and will be sorely missed. Patti and I took it very hard when we heard the news, as did all of his friends and RMCSC members. I do not know if we will ever know why this happened, but I will always have fond memories of Dan and Prisicilla and the times we shared at events and at his home in Canon City. RIP Dan and Prisicilla..."


CANON CITY DISPATCHER, RETIRED COP FOUND DEAD; MURDER-SUICIDE SUSPECTED
The Pueblo Chieftan
By Tracy Harmon
June 13, 2014
[Excerpts] Police here are mourning the murder of a dispatcher and the suicide of her retired police officer husband... Canon City Police Department Dispatcher Priscilla Samento...  and (retired police officer) Daniel Samento, 56,” said Canon City police Capt. Jim Cox. “All indications point towards a murder-suicide... I don’t know what caused this — there was no note. Police work is very challenging and I am sure he (Samento) experienced his fair share of difficult situations.” Samento had retired Oct. 28, 2011, after 30 years with Canon City police. Priscilla Samento was a 21-year veteran of the Canon City police dispatch crew... He and Priscilla had been married about 20 years, Cox said. [Full article here]

FORMER POLICE OFFICER KILLS WIFE, THEN HIMSELF
KRDO [w/video]
Jonathan Petramala
POSTED: 11:22 PM MDT Jun 13, 2014
[Excerpts] ...Neighbors say they recently noticed a deterioration of Daniel’s health…both physically and mentally. “We knew something was going on just because his physical health was starting to deteriorate and we were worried but you don’t know what to do unless somebody really asks for help,” said neighbor... [Full article here] 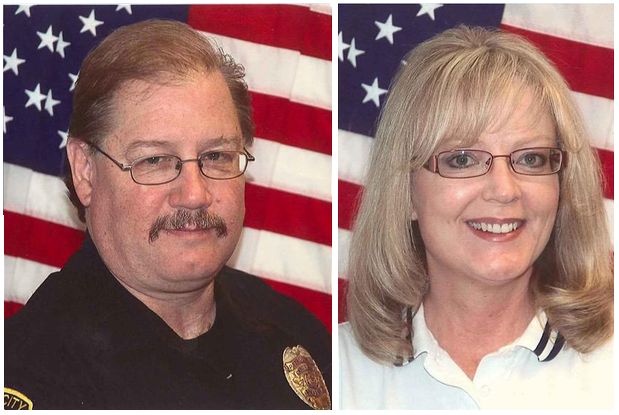 POLICE: FORMER OFFICER SHOOTS WIFE, TAKES HIS OWN LIFE
KKTV
Gina Esposito
Jun 14, 2014
[Excerpts] ...The police department is still reeling from the news that two of their own were involved in an apparent murder-suicide. 11 News reporter Gina Esposito says the officer conducting the news conference Friday was in tears while speaking to the press. Daniel, who retired less than three years ago, was a 30-year veteran of the department, while Priscilla was lauded as an excellent employee for the 21 years she worked as a dispatcher. Three grief stations have been set up by the police department for employees. "These were excellent people, excellent employees. They served the community exceptionally well. We extend our deepest sympathies to their family. We are literally in a state of shock.," Canon City Police Chief Paul Shultz said... Daniel's son, Jesse, said his father was recently diagnosed with schizophrenia and paranoia... At this time, there is no known motive. Anyone who has information to this case is asked to call the Cañon City Police Department at 276-5600 or contact Crime Stoppers. [Full article here] 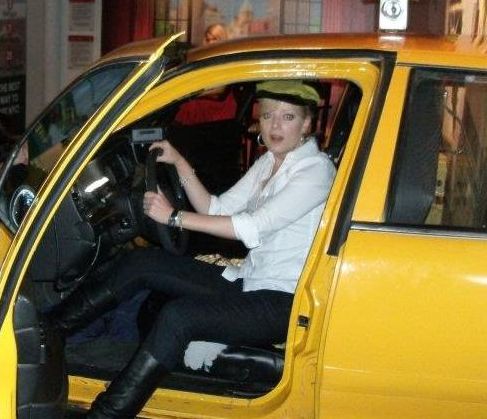