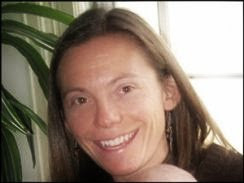 POLICE CADET WAS BREAKING UP WITH BOYFRIEND BEFORE DISAPPEARANCE, FRIEND SAYS
St. Petersburg Times
By Jamal Thalji, Times Staff Writer
Thursday, March 17, 2011
[Excerpts] The last time Donna Scharrett saw Kelly Rothwell was on Saturday, and her friend was ready to start anew. Rothwell had joined the police academy in November, trading the corporate life for that of a police officer. Now she was going to complete the transformation. Rothwell was finally ready to end her uneasy relationship with her longtime, live-in boyfriend, too. "She just smiled the biggest smile and said 'It's going to be okay,'" Scharrett said... The Pinellas County Sheriff's Office continued its intense search for Rothwell... One important source of information, however, remains closed to them: boyfriend David R. Perry. The 46-year-old retired New York corrections officer recently returned to that state, and detectives say he has refused to speak to them at all... When deputies called Perry on Sunday, he refused to speak to them. They found him in New York state on Monday, but when local detectives there visited him he continued his silence... Rothwell was from Maryland and worked in human resources for the Hilton hotel chain. She moved to Indian Rocks Beach a few years ago, then started seeing Perry. He moved in... "She attempted to leave in the past a few times but he always convinced her not to go," Scharrett said. Perry promised to give his girlfriend more space. But the police academy changed her, Scharrett said. Studying domestic violence changed Rothwell's perspective. Training also made the petite Rothwell more assertive... Rothwell wasn't worried anymore. She believed that breaking up was the right thing for both of them. "I need this time to do what I need to do and Dave needs this time to work on himself and it's going to be fine," Rothwell told her friend on Saturday. Scharrett volunteered to follow Rothwell home, but was told not to worry... [Full article here]