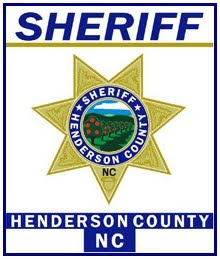 Henderson County sheriff's deputy Mark Russell is suspended without pay after police responded to a domestic incident involving his wife 2 days ago. Allegedly there were threats of death to others and himself. He wasnt arrested but was served with a protection order to stay away from his wife and kids.
[police officer involved domestic violence oidv intimate partner violence ipv abuse law enforcement public safety lethal terroristic suicide suicidal north carolina state politics]
on 3/21/2011