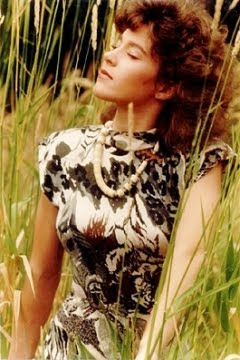 Previous Post:
[MN] Mille Lacs County leads the way for Minnesota to address officer-involved domestic violence - ...Lane Judson said, “We need to come together and listen to the voices of those who died from domestic violence”...

POLICE ADOPT DOMESTIC VIOLENCE POLICY
Mille Lacs County Times
by LESLEY TOTH
March 17, 2011
Three Mille Lacs County police departments recently finished training on a new policy they adopted concerning officer-involved domestic violence.
Princeton, Tribal and the Milaca police departments completed the two and half hour trainings offered by the Pearl Crisis Center in Milaca.
The policy and training sessions came after a year-long process of gaining support, writing a grant and meeting with advocates from around the country.
“We’ve held monthly meetings with all the parties and through this process we were able to develop a policy,” said Pearl’s coordinator Krista McFarland. “The general response to the policy was very good.”
Guest speakers at those monthly meetings included Red Wing Police Chief Tim Sletten, whose department had already had an officer-involved domestic violence policy in place. Alex Graves from the Department of Homeland Security also spoke to local police officers about the importance of identifying officers who may need support in resolving domestic disputes.
Police officers also heard from the man behind a national movement to enact such policies in departments in every state.
Lane Judson’s daughter Crystal was fatally shot by the husband she was divorcing — Tacoma, Washington’s former Police Chief David Brame. The shooting came the day after city officials publicly announced that Crystal’s claims of abuse and threats would not be investigated because it was a “private matter.”
“[Judson’s] the one who went to Congress, he’s the one who’s got the funding,” Pearl Director Judy Pearson said. “He’s the champion behind this whole thing.”
Judson promised his daughter as she lay dying from gunshot wounds from a police-issued glock that he would do everything he could to make sure what happened to her would not happen to others. Three months after Crystal’s death, Washington enacted a law that each law enforcement agency in the state must have an officer-involved domestic violence policy.
North Dakota, Wisconsin, Florida and several other states have followed Washington in enacting their own policies.
“Unfortunately, most of them have come after tragedies like what happened to Crystal,” McFarland said.
Although local law enforcement haven’t been immuned to domestic violence incidents involving officers, all parties involved believed getting behind such a policy before a situation became deadly was important.
“I really applaud them [local police departments] because they took a stand and they’re doing what is right,” McFarland said.
Milaca Police Chief Mike Mott worked closely with Pearson in getting the policy put on paper. He said the training was a positive experience for himself and his officers.
“I thought the training was excellent,” he said. “I think it opens their eyes to a subject that probably isn’t talked about — officers are as human as anyone else.”
Mott said it’s important for law enforcement to know that there are consequences for becoming involved in domestic violence and that the department is going to be serious about pursing complaints against its members. He said a vital aspect of the policy, however, is prevention — to get officers help before a situation escalates to violence.
“I’ve had personal experience with having to arrest fellow peace officers,” Mott said. “But I would want us to be more proactive and intervene when we can.”
The policy discussions and meetings have opened new doors for local departments and the advocacy group to work on bettering victim services, preventing domestic violence and relationship-building between the entities.
“There are so many things that came out of this project that were unexpected,” McFarland said.
One of those unforeseen results is the formation of DART — the Domestic Assault Response Team — that will have its first monthly meeting in May to brainstorm about ways to improve victim services.
Pearl advocates are pleased that after years of research and prodding, their efforts have produced results.
“It’s a long-awaited policy for a lot of people,” McFarland said. “It protects officers and saves lives.”
To view the entire policy, visit the Times’ website at millelacscotimes.com. To learn more about Lane Judson’s project, visit lanejudson.com.
[ARTICLE LINK]
Photo: Crystal Judson Brame was shot and killed by her husband, who was at the time the Tacoma, Washington police chief.
on 3/17/2011