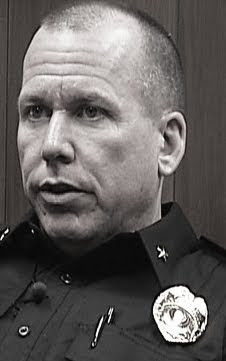 Lubbock Independent School District Police Chief Mark Hinshaw, who was put on paid administrative leave after a Feb. 16 disturbance with an ex-girlfriend at a local business, has resigned his position... Hinshaw was wearing a suit with his badge and handgun on his hip... According to the police report, he was intoxicated in a public place but was not arrested. Police gave him a criminal trespass warning. He was the formerly the director of security police services for the Plano Independent School District, and prior to his employment in Plano, he had worked for five years in the Midland Police Department.
[police officer involved domestic violence oidv intimate partner violence ipv abuse law enforcement public safety gun service weapon drunk brass alcohol texas state politics]
on 3/13/2011