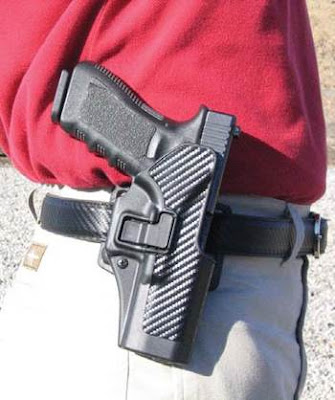 ...According to authorities, [Schenectady Police Officer Eric] Peters bloodied the woman's nose, then prevented her from leaving their home. Peters' fiancee attended the proceeding with her attorney, James Tyner... Tyner said the woman denies anything happened...


SCHENECTADY POLICE OFFICER ARRESTED IN DOMESTIC INCIDENT
WRGB
March 23, 2011 4:45 PM
[Excerpts] A Police officer with the Schenectady Police Department faces charges of Assault and Unlawful Imprisonment, both misdemeanors. Schenectady Police arrested officer Eric Peters on Wednesday. They say he was involved in a domestic incident on March 17th. According to the Police Department, Peters was on paid suspension at the time of his arrest, and as a result of the arrest, his suspension has become unpaid... [Full article here]

SCHENECTADY COP ARRAIGNED ON ASSAULT CHARGE
Albany Times Union
By Paul Nelson
Wednesday, March 23, 2011
[Excerpts] City police officer Eric Peters was arraigned in city court on Wednesday afternoon on misdemeanor charges of unlawful imprisonment and assault with attempt to cause physical injury. Peters, 36, a member of the department's Field Services Bureau, is accused of fighting with his fiancee... According to authorities, Peters bloodied the woman's nose, then prevented her from leaving their home. Peters' 43-year-old fiancee attended the proceeding with her attorney, James Tyner. Outside the courtroom, Tyner said the woman denies anything happened. "She tried to tell everybody it didn't happen and either no one believes her or thinks she is lying," he said... Assistant Schenectady County District Attorney Christina Tremante-Pelham asked for an order of protection, but Luibrand opposed the order, telling City Court Judge Matthew Sypniewski the alleged victim insists nothing happened. Peters was released and is due back in court on April 13... [Full article here]

REPORTS CONFLICT IN ASSAULT CASE AGAINST POLICE OFFICER
March 26, 2011
[Excerpts] The now-suspended city cop accused of assaulting his fiancee on St. Patrick's Day could lose his job and the rent-free college campus apartment he has lived in as part of an informal agreement with Union College. But as more details emerge about the alleged assault, there are conflicting reports as to whether [B.C.] suffered a bloody nose at the hands of Police Officer Eric Peters or during an outing at a nightspot [dancing] in Troy earlier in the evening of March 17. A criminal complaint states that Peters, 36, struck [B.C.], 43, in the face several times while inside a vehicle parked outside the Park Place apartment where they lived together... Tyner said Friday that his client received a bloody nose during a night out with co-workers at a bar in Troy when she inadvertently bumped into one of them on the dance floor... Authorities hinge their case on eyewitness accounts of two graduate students who were in a vehicle near where the alleged assault took place... [Full article here]

SCHENECTADY TO HOLD PUBLIC HEARING TO FIRE COP: High-stakes battle between city and police union headed for legal showdown
May 16, 2011
[Excerpts] The high-stakes battle between the city and its police union appears headed for another legal showdown now that the city has notified the union that it plans to conduct a public disciplinary hearing in a bid to fire an officer accused of assaulting his fiancee. The announcement concerning the proceeding involving Officer Eric Peters comes on the heels of a decision by the Appellate Division of state Supreme Court that rejected the Schenectady Police Benevolent Association's attempt to keep disciplinary hearings behind closed doors... The veteran cop, the son and grandson of city police officers, pleaded not guilty to charges of assault and unlawful imprisonment, both misdemeanors... Meanwhile, the district attorney's office has asked a judge to lower one of the charges to attempted assault, a misdemeanor, following a defense motion to dismiss it... [Full article here]

PROSECUTOR: WITNESSES SAW SCHENECTADY COP HIT GIRLFRIEND: But one woman testifies she feared for off-duty city officer's girlfriend
Thursday, January 12, 2012
[Excerpts] Two women saw an off-duty city cop grabbing his girlfriend by the neck and hitting her on St. Patrick's Day last year... But the attorney for Peters said the women were drunk, and there's no way he could wield such power over his girlfriend.n"She outweighs him by 50 pounds," said defense attorney Kevin Luibrand in his opening statement. "She's a big sturdy farm girl"... The prosecutor said the women saw [B.C.]'s head bouncing back as if it was being punched. One of the women recognized Peters from living on Park Place as a police officer and called nearby the Union College campus safety office fearing that Schenectady police would ignore their call... Witness Dolev Melamed broke down in tears on the stand Wednesday as she recounted how worried she was about the victim. "I felt like I didn't even know if she was alive," said Melamed... The prosecutor said an investigator for the district attorney's office will testify he saw marks on [B.C.]'s neck when she was brought in the next day for questioning, but she would not let the investigators take pictures of them... [Full article here]

JURY ACQUITS COP OF ATTEMPTED ASSAULT: Schenectady officer also found not guilty of unlawful imprisonment
January 13, 2012
[Excerpts] A jury deliberated for about 90 minutes before acquitting Schenectady Police Officer Eric Peters of two misdemeanor criminal charges stemming from a St. Patrick's Day altercation with his live-in fiancee... Several witnesses testified for the prosecution that they saw and heard what they described as a physical assault and one man said he heard [B.C.] yell "he's beating me" after the confrontation spilled outside the vehicle to the front of the apartment... Assistant District Attorney Christina Tremante-Pelham said proving a case beyond a reasonable doubt becomes problematic when the alleged victim refuses to cooperate but that will not deter the DA from fighting for them.
"Where there is evidence of a crime, we will prosecute even without the victim"... [Full article here]

COP'S ACTIONS DON'T WARRANT DISMISSAL
June 19, 2012
[Excerpts] Officer Eric Peters showed poor judgment in his public behavior but doesn't deserve to be fired because there is not enough evidence to support department charges that he assaulted his fiancee on St. Patrick's Day 2011, a hearing officer found.
In a 59-page ruling, hearing officer Jeffrey Selchick recommended that four internal charges of misconduct and incompetence be dismissed and that Peters, listed in the document as the respondent, return to work. The 13-year veteran of the force, who comes from a family of cops, is currently on paid leave... Peters' great-grandfather and grandfather were police chiefs and his father retired as a captain. A brother is also on the force. [Full article here]