[OK] Pray for Brandy, whose sons were murdered during their visitation with dad 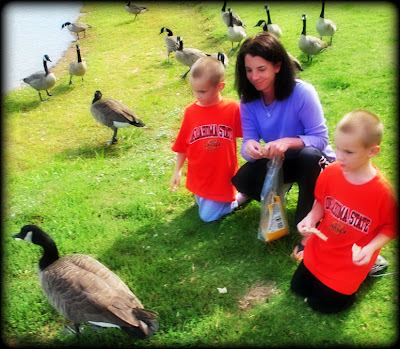 ...[Pernell firefighter and contruction boss David] Ables, according to [Garvin County Sheriff Larry] Rhodes, had weekend visitation rights with his sons... Investigators said David Ables was separated from his current wife. They both appeared in court for a custody hearing the Friday before the fire... Ables' ex-wife told Eyewitness News 5 that she had been held at gunpoint by her husband four times over the years...

ME'S OFFICE: TWIN BOYS HAD BEEN SHOT TO DEATH: Investigators Say David Ables Killed Children, Self
KOCO
March 15, 201
[Excerpts] The Oklahoma state medical examiner ruled Monday that twin 5-year-olds killed by their father were shot... Wyatt and Dalton Ables' deaths were ruled homicides while the medical examiner ruled David Ables' death a suicide. Investigators said he died from a gunshot to his chin... Police believe Ables killed his sons, set his house on fire and then killed himself. Friends told Eyewitness News 5 that David Ables and his wife were going through a divorce. [Full article here]

Obituary:
DALTON AND WYATT ABLES
September 29th, 2005 - March 5th, 2011
[Excerpts]Dalton and Wyatt Ables entered this life on September 29, 2005, identical twins born, in Norman, Oklahoma to Brandy Ables, and entered eternal life on Saturday, March 5, 2011 at the age of 5... They were in cahoots in everything they did. The neighbor’s big apple tree was their favorite hangout. They were free as birds and they switched roles easily. They had the twin language down to a tee. Since they were identical twins they loved playing games on adults, who could not tell them apart... The boys are survived by... [Full article here]

TRAGEDY IN FOSTER
Garvin County News Star
By Jeff Shultz
March 9th, 2011
[Excerpts] A Pernell Volunteer Fireman took his own life and the lives of his twin sons Saturday in what authorities are calling a double murder-suicide. According to Garvin County Sheriff Larry Rhodes, Saturday’s events began around 9:20 that morning when David Ables, 44, allegedly posted a message on his Facebook site... “The message was to the effect of ‘You can have it all’ and then the statement went on to where we believed the boys may have been harmed,” Rhodes said. Rhodes said the message was believed to be aimed at Ables’ ex-wife. “This family has been separated for some time. We know divorce proceedings were ongoing”... According to court records, Ables and his wife had been going through a divorce since last year. A final hearing in the divorce case had been scheduled for last Friday but was postponed until next month... Ables, according to Rhodes, had weekend visitation rights this past weekend with his sons... The investigation into Saturday’s tragedy is ongoing with the OSBI, State Fire Marshall’s Office and the Medical Examiner’s Office aiding in the investigation. [Full article here]

EX-WIFE NOT SURPRISED BY POSSIBLE MURDER-SUICIDE: Authorities Investigate Deaths Of David Ables, 2 Children
KOCO
March 7, 2011
[Excerpts] Garvin County authorities said they suspect David Ables killed his two 5-year-old children before killing himself Saturday in Foster. Ables worked as a volunteer firefighter in the nearby Garvin County town of Pernell. "I think I knew when I first heard there was a fire that it was him. I kind of knew all along I'd hear one day that something happened to him down there," Ables' ex-wife said... As investigators began to piece together what happened inside his Garvin County home, his fellow firefighters in Pernell described him in glowing terms... However, Ables' ex-wife told Eyewitness News 5 that she had been held at gunpoint by her husband four times over the years... Investigators said David Ables was separated from his current wife. They both appeared in court for a custody hearing the Friday before the fire... [Full article here]

MURDER, SUICIDE TRAGEDY STILL HAS QUESTIONS
Pauls Valley Daily Democrat
Barry Porterfield
March 8, 2011
[Excerpts] Authorities were still investigating Monday what’s believed to be a murder-suicide as the bodies of a father and his two young twin sons were found in the burned rubble of a Foster area residence this past weekend. The tragedy unfolded Saturday morning as county deputies were initially alerted to some concerns over a Facebook posting believed to have been done by David Ables, 45. Those concerns were soon followed by the call of a fire at Ables’ residence as first responders of all kinds converged at the site only to eventually find what’s believed to be the dead bodies of Ables and his 5-year-old sons Dalton and Wyatt... “The [Facebook] message was in effect, ‘You can have it all,’” [Garvin County Sheriff Larry] Rhodes said about the posting. “We believe that’s related to a divorce that’s ongoing.” A second part of the posting was described as a threat on the boys’ lives... “The firefighters and neighbors tried to get into the residence but the fire, smoke and heat prevented them from getting in,” Rhodes said... “This family has been separated for some time. We know divorce proceedings were ongoing.” [Full article here] 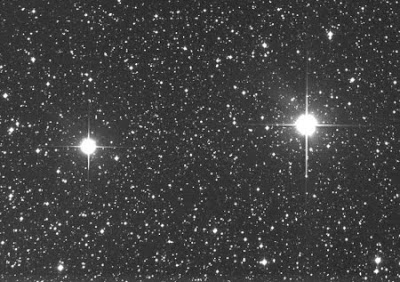 I am heartbroken for these boys and their mother. I included these excerpts from David's obit here at the bottom, and will not say ALL that I am thinking - out of a respect for his family. But I am the mother of two. In my house love doesn't murder. In my house murder victims don't "join" their killer. Wyatt and Dalton were dragged away from their God-given lives. There is no honor here, and whatever good that was done by David Ables prior has been erased. I take the liberty of speaking for the general community regarding fathers who kill their children and leave the mother (deliberately) to suffer. I am praying for Brandy and for everyone who sees this tragedy for what it is. May Brandy be given divine power to stand until she can find a way to bring any good from this horror. May God cradle her doubly broken heart.
[public safety domestic violence oidv intimate partner violence ipv abuse law enforcement lethal fatality fatalities double murder suicide familicide oklahoma state city politics child abuse children nightmare]
on 3/16/2011