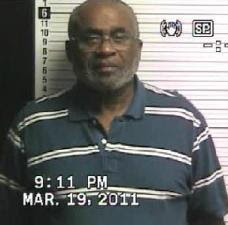 Leland Town Councilman Herbert Barnes arrested for domestic violence: Leland Police Chief Tim Jayne said officers responded to a domestic violence call Saturday, March 19 2011. Shortly after speaking with the victim police located and arrested him. Barnes is in the Brunswick County Jail. He is charged with assault on a female/domestic assault. He is scheduled to be back in court April 18... "I haven't had this happen before, and I don't know if there will be any recourse, if any,” Leland Mayor Walter Futch said. “I don't know if there is anything that we can, or should do"... Town Manager Bill Farris said so far no action has been taken concerning Barnes' arrest. He said he couldn't recall anything similar happening... [Full articles here and here]
[public official involved domestic violence oidv intimate partner violence ipv abuse law enforcement public safety north carolina state politics]
on 3/22/2011