EVery body should KNOW. 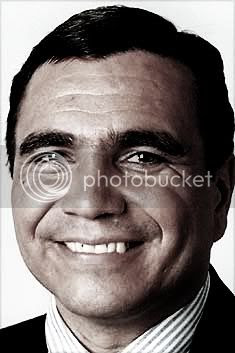 (HE'S BACK TO WORK AND LAST WEEK HE FLIPPED HIS CRUISER.
WHY NOT?)
State Board Awards Back Pay to NL Cop For Suspension Time
City's Personnel Policy doesn't Apply To Velez case, Arbitrators Decide
By Julie Wernau
New London Day
10/17/2006
...The state Board of Mediation and Arbitration ruled that Genaro Velez Jr., a 24-year veteran of the department, should receive 101/2 months of back pay and credited leave time for the 17 months he was suspended on charges that he threatened to kill his wife... The board did not award back pay for the six months Velez was under a civil restraining order, but did award pay and benefits for the period when he was under a criminal protective order... “I'm really glad that everything worked out the way it should,” Velez said, thanking the union and union attorney...

What Investigation?
The New London Day
Oct 7, 2006
"...How could the department fail to follow up after Milford police alleged that the officer threatened to kill his ex-wife with his department-issued firearm? More to the point, how could Police Chief Bruce Rinehart have said that there was an internal investigation? The public now learns... that no such investigation was done... It is mind-boggling conduct by the New London Police Department leadership, especially when the matter involves a police officer who has been arrested six times on domestic-abuse charges and was the subject of several restraining orders..."

Bits & Pieces from earlier articles from The New London Day:
The New London Police Department continues to deny any wrongdoing... Velez has never been disciplined... "The charges were dropped in all of the cases because the witnesses were afraid to testify"... Sitting before a bank of television cameras speaking about her husband, Luz Velez said, "I'm scared, very scared"... He allegedly strangled her, compressing two of her vertebrae, the affidavit shows, and threatened to "empty his gun clip" by shooting all the bullets into her head and murdering her family members. Luz Velez alleges that her husband kept her locked in their home until she was able to break out Jan. 10 and escape to her sister's... "He views her as a piece of property and she fears for her life"... Velez's personnel records show that he has been the target of eight internal police probes, four supervisor complaints and 15 civilian complaints concerning his behavior with women, his police work and his dealings with the public. He has also had six restraining orders filed against him by four women. The charges in five of his previous arrests have been either dropped or dismissed...
on 10/17/2006