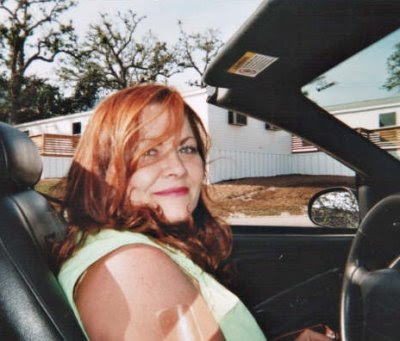 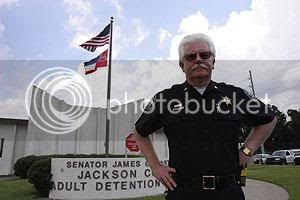 It sure is looking like former Jackson County Jail Warden Major Randy R. McClendon, who retired as warden of Jackson County Adult Detention Center in June - TO SPEND MORE TIME WITH HIS WIFE ANGELIA - will claim "nonviolent abuse" as his defense for MURDERING her.

...Before court Monday, [McClendon's attorney Calvin] Taylor said much information would come out in court that would be a surprise. Taylor stopped short of saying that his client had suffered spousal abuse, but he did say, "I think there was certainly nonviolent emotional abuse taking place and directed at and toward Mr. McClendon"...
(Source: $100,000 bond set for ex-warden, Biloxi Sun Herald, Margaret Baker, Oct. 17, 2006)

Murdered Woman's Family Says Suspect Already Getting Special Treatment
WLOX, MS
Oct 17, 2006
Family members of a murdered Gautier woman say they already see signs of special treatment for the man accused of killing her... granted bond... "He came in a nice fresh haircut, freshly groomed, great outfit, dressed to the hilt, casually speaking. We expected him to be in a jail suit. He did not have handcuffs on, he didn't have shackles on. He committed murder. He took a life. He took a life and he walks in and is treated with more respect than everyone else in the room"... "If this trial takes place here, she will not get the justice she deserves. It needs to be moved out of this county or she will not get justice. He will go free. He's already free. Who gets to commit murder and travel out of state? He gets to go to Arkansas."...

McClendon out on bond
Pascagoula Mississippi Press, MS -
The Mississippi Press
Tuesday, October 17, 2006
By CHERIE WARD
Tears from Angie McClendon's family and friends echoed throughout the room as Randy McClendon's bail was set at a $100,000... More than 30 friends and family members filled Gautier City Hall as Gautier Judge Gary Roberts set the bond. McClendon's attorney, Calvin Taylor, pleaded his bail be moderate as nearly 15 police officers surrounded the room. "He's well-known and has substantial ties to the community. He's not a wealthy man, therefore, we ask his bond be reasonable"... Angie McClendon's family was outraged by the bail setting. As they flooded the parking lot, Angie McClendon's mother, Joy Bailey, had to be carried, surrounded by police, to her vehicle. Penny Foreman, Angie McClendon's first cousin... "Haven't talked to him. And don't want to. It's hard enough to sit in the same room and watch him be able to breathe. It hurts"...
on 10/17/2006