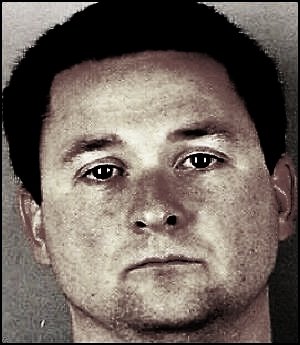 Well, here we are with no do-overs. Yesterday 2 year-old Alyssa Eickmeir's dad had to sit in the same courtroom with Officer Nicholas Minet - his ex-wife's boyfriend -who caused the death of his princess daughter. 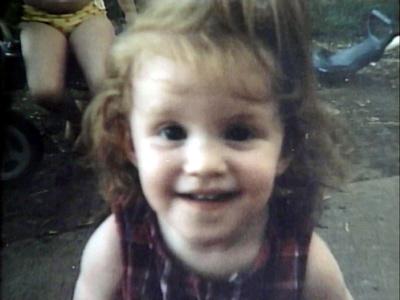 ...Minet, 28, is accused of throwing her onto a mattress and shaking her, which injured her brain and fractured her skull. There also were bruises on her neck, back and forehead, and an adult bite mark on her left leg. "It took a lot for me not to get up out of that chair," the child's father, Chris Eickmeier, said minutes after the arraignment...


Do you swing or curl up and just cry?

Officer Minet was being arraigned on charges of first-degree assault and abuse of a child, with more charges expected now that Alyssa has lost her fight to live. The judge revoked his bond and he "resigned."

Why didn't the Kansas City Police Department have the balls to FIRE HIM? How do you OPT to resign when you have killed a tiny little girl?

If I didn't run into aNOTHer Kansas City PD RECENT child abuse case I'm sure I wouldn't feel as harshly as I do about the agency itself - but when KCPD's Officer MARK REED abused a 10-year old "relative" an August article said that although Reed was CONVICTED of the child abuse, he will REMAIN ON ACTIVE DUTY until sentencing.

... A juvenile told an investigating officer that Reed had thrown him on a floor and rolled on him because he had not completed a task, the police report said. The 10-year-old then told the officer that Reed placed his hands on his throat and began to choke him. An adult guardian, who picked up the youth after school, reported to police that the child had swelling on his forehead, bruises(?) and swelling on his nose and small lacerations on his nose and upper lip...

Reed can't restrain himself with whom I will presume is his son - only ten - but he can have a gun and powers to arrest citizens? He can't even own up to it, admit he DID it - and KCPD keeps him? Was beating his son(?) his own private business? A personal issue?

...The event did not occur during Reed’s duties as a police officer...

WORD - it's not personal. It's a CRIME that demonstrates a loss of control over one's self and a predisposition to give-in to RAGE. Any reasonable non-law enforcement person will agree that is NOT who should be or remain a sworn officer.

But that's not all. Earlier this month - before Officer Minet fatally beat up 2 year old Alyssa, here is the resolution of his fellow officer's case:

What's that say? What was the message to the other officers? How above the law did their agency let them know they ARE?

And if Reed had been dealt with appropriately - jailed and fired - what would the message have been? Would Officer Minet have heard it?

I think he would. So though Officer Minet is responsible for killing Alyssa, my eyes are narrowed past him to his department for allowing this, empowering officers to do as they please, and erroneously thinking they are protecting their officers behind their inpenetrable blue wall. My eyes fall to the command officers, not to blame really, but to hold responsible - for one scared little boy and one dead little girl

It's no favor.
To anyone.
Get an officer-involved dv policy, make it detailed, and follow it. A cop's fall doesnt' make a department look bad, but how the department HANDLES it

From what I've seen the only thing that changes things in a department as brazen as Kansas City's - the only course of action that seems to have the POWER to have an impact - is to hit them with multi-million dollar lawsuits.

That's sad, but it seems to be way it goes.
The only language that appears to get through.