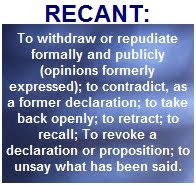 ...The woman also alleged in a written statement that [Maysville Police Officer Bernard] Evans busted through a door and punched her in the head... the woman indicated in her testimony she was not punched as her written statement said, but hit by a door... "...I don't know"...

[KY] Disarmed Officer Evans wants his guns back. (Should it matter what he wants?) - ...A photograph of the woman was submitted to court showing a wound on her forehead with stitches... The woman also said her daughter was afraid of Evans... "Bernard stated to me that if I ever reported him that he would have someone to take care of me without hesitation from Covington"...

APPEAL FILED ON BEHALF OF MAYSVILLE POLICE OFFICER
Ledger Independent
By Misty Maynard
October 31, 2009
[Excerpts]
Maysville Police Officer Bernard Evans is seeking relief from a domestic violence order filed six weeks ago that also resulted in him being placed on administrative leave from the police department. Evans' attorney, Debra S. Rigg, filed a statement of appeal on his behalf, asking the Mason County Circuit Court to dismiss the domestic violence order issued Sept. 18, four days after an emergency protective order was filed. Evans has been on administrative leave without pay since Sept. 14, when the EPO was issued at the request of a woman with whom Evans once lived. As a condition of the DVO, which is effective through Sept. 18, 2010, Evans cannot "obtain, possess or use any firearm or ammunition" and must turn all guns in to the Maysville Police Department. Rigg said in the appeal Evans, who has worked for the Maysville Police Department for five years, has an expectation to return to his employment once the condition that he relinquish his weapons is removed... Though the woman and her daughter moved out, she and Evans continued phone contact after that, the transcript indicates. The woman also alleged in a written statement that Evans busted through a door and punched her in the head, resulting in 12 to 14 stitches in her forehead. When questioned about the night she received stitches, the woman indicated in her testimony she was not punched as her written statement said, but hit by a door. All she remembered was Evans coming toward her and jumping up the stairs. "... But I really think the door hit to cause that much damage, I don't know," she said. Evans testified the Sept. 12 incident which prompted the EPO did not actually occur. Evans said he did not come into the downtown area until about 8, that night... In the statement of appeal, Rigg noted discrepancies in the woman's testimony, including the statement that no one had asked her about the injury to her head when she went to the emergency room. In the medical records, it is recorded the woman fell and hit her head on a bookcase. "Evans testified that he hit the door at full stride and the door accidentally struck (the woman)," the appeal stated. Shortly after that incident, Evans purchased a house and the woman moved in with him until Evans had her removed in August. "Since August (the woman) made numerous phone calls to Evans," the appeal said, including 40 calls on Sept. 13. "According to (the woman), the calls are concerning a loan payment," the appeal said. "According to Evans, the calls are conciliatory -- wanting to get back together." The appeal states the testimony was a "swearing contest" of "he said/she said."... [Full article here]
[police officer, officer-involved, domestic violence, abuse, law enforcement, kentucky state, recant]
on 11/02/2009