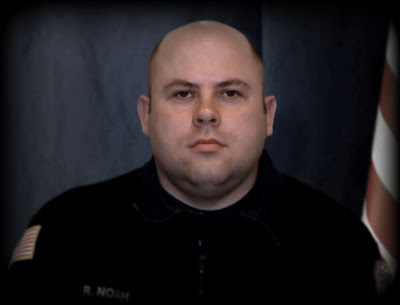 FORMER FIREFIGHTER PLEADS GUILTY TO ATTEMPTED MURDER
wcpo.com
Shannon Kettler
Web Produced: Jessica Noll
Last Update: 11/23 4:04 pm
COVINGTON, Ky. -- A former Independence firefighter admitted in court on Monday that he tried to kill his wife. Richard Noah appeared before a Kenton County judge to change his original not guilty plea to guilty. Independence Police were called to the couple's home for a domestic violence report in July. Noah told the judge he tried to suffocate his wife with a pillow and a sheet of plastic. He returns to court for sentencing in January. Noah faces up 10-20 years in prison. He submitted a written resignation to the Independence Fire Department shortly after his arrest. [LINK]

Previous post:
[KY] After attempted wife-murder, Department demanded & accepted the resignation of Firefighter Noah - ...Tiffany Noah was granted an emergency protection order against her husband... Her application for the order states that her husband tried to suffocate her for 20 to 30 minutes while their 12-year-old child watched...
[public safety personnel domestic violence lethal emt kentucky state]
on 11/24/2009