[MN] The weapon the deputy used was there - but they can't determine if it's his service weapon? 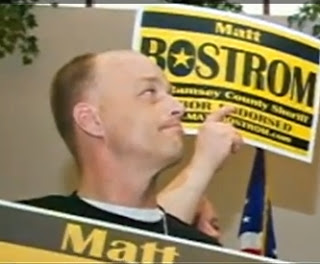 Eight days later and it's still a mystery whether the gun that Ramsey County Sheriff's Deputy Daniel Ruettimann used to take his own life was his service weapon?


- the same gun that outgoing Sheriff Bob Fletcher took away from Ruettiman after an alleged domestic assault incident last year?

- the same gun that incoming Sheriff Matt Bostrom gave BACK to Ruettimann, accusing outgoing Fletcher of having wrongly removed the deputy's weapon, accusing Fletcher of retaliating against Ruettiman for supporting Bostrom's campaign for sheriff?

- Bostrom, the same sheriff that had Minneapolis Police Internal Affairs investigate the professionalism of Fletcher's decision to remove the weapon from Ruettimann?

- Mpls police internal affairs which ruled that Fletcher had done the right thing?

- Bostrom who had to go back and re-suspend Ruettiman?

They know what gun it is - personal or service weapon..
It only takes a minute - not 8 days.

Likely liability is overshadowing truth.
Ruettiman pulled the trigger,
but in this mess, what killed him?


PREVIOUS POST:
[MN] New Ramsey Co. Sheriff Bostrom suspended discipline of deputy accused of wife-abuse - ... Former Ramsey County Sheriff Bob Fletcher: "A person with anger issues and a history of violence against women should never be allowed to carry a gun and a badge"... Was the deputy wrongly suspended or wrongly rescued from his discipline? Minneapolis Police Internal Affairs is investigating.

AUTHORITIES: RAMSEY COUNTY DEPUTY WHO FACED INVESTIGATION DIED OF APPARENT SUICIDE
Pioneer Press
By Brady Gervais
10/11/2011 [Excerpts] Investigators suspect that a Ramsey County sheriff's deputy [Daniel Ruettimann] who was investigated internally for improper conduct fatally shot himself in the head last week while off duty... Investigators found a black semiautomatic handgun near Ruettimann's body, [Pine County Sheriff's Office Chief Deputy Steve] Blackwell said. They haven't determined whether it was his service weapon, he said... Ruettimann, of North Branch, Minn., had been the subject of an internal affairs investigation. The case, opened in June 2010, was for improper conduct [domestic violence against his former wife]... [Former Ramsey County Sheriff Bob] Fletcher demoted Ruettimann. When newly elected Sheriff Matt Bostrom came into office in January, he agreed to have the internal affairs case re-examined... Ruettimann ended up [reinstated] with a 30-day suspension, which was scheduled to end around the time he died. [General counsel for Law Enforcement Labor Services Isaac] Kaufman declined to say more about the case. He also declined to describe the complaint that prompted the internal affairs investigation. The Ramsey County sheriff's office has yet to disclose details of the internal affairs investigation. In June 2010, Ruettimann's ex-wife and her father filed petitions for an order for protection and a restraining order against him, according to court records. The orders were dismissed at hearings... [Full article here] 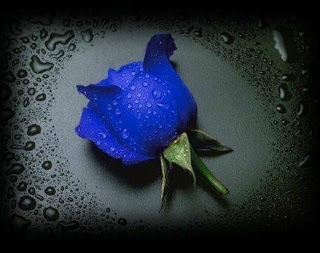