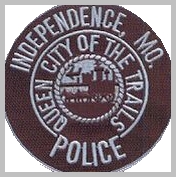 FORMER INDEPENDENCE POLICE OFFICER CHARGED WITH DOMESTIC ASSAULT
The Blue Springs Examiner
By Jeff Martin
10/12/2011
A former Independence police officer has been charged with domestic assault of his wife. Nathan C. Swann, 36, of Independence, is accused of striking his wife in the eye and using a police choke hold on her in their home on Tuesday. The incident is alleged to have occurred in front of their young child. Court documents show that Swann, when confronted by police outside his home, apparently became angry when his wife informed him that they she had sold some video games to pay for food. When police arrived at the home, Swann refused to come out for about 10 minutes. He finally did without incident. The offense is a second-degree felony. Bond was set at $40,000. He was charged in Jackson County Court on Wednesday. [LINK]
[police officer involved domestic violence oidv intimate partner violence ipv abuse law enforcement public safety missouri state politics]
on 10/13/2011