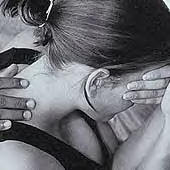 I have to obey my intuition - and it's telling me not to post this officer's name, state, or police department... but I have to pass along what one family somewhere in the country is going through.

Excerpt from an article today:

...officer was accused of domestic assault of his wife... someone from the home called 911 and hung up. [The officer] was not at home but his wife reported her husband struck her after an argument about him whipping their son... When her husband and son prepared to leave, she tried to get their son back but the doors were locked... she reportedly tried to get the children to get the keys but her husband would not let her... the wife accused her husband of spitting in her face eight times but she told him, "That doesn't bother me anymore” and "I'm done"... She advised he then grabbed her by the hair and slung her into the bathroom wall. She stated a struggle ensued and ended up in the bedroom. When she tried to call 911, she stated [the officer] grabbed the phone, pulled her hair, punched her face and cheek and threw her into the bedroom wall, the sergeant reported. She suffered swelling and marks on her face. The wife told police she did not want to prosecute.

He's still at work, but decommissioned during the investigation.