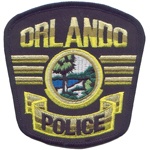 ORLANDO POLICE OFFICER ARRESTED FOR DOMESTIC VIOLENCE
WFTV
Tuesday, Jan. 17, 2012
Orlando Police arrested Officer Danny Sidders on Saturday on domestic violence charges. Sidders is accused of beating up his girlfriend. A police report states Sidders and his girlfriend were arguing and he took her cell phone. Sidders allegedly then pushed her to the floor. The report states that when she went to bed, Sidders pulled her out of the bed and shoved her down the hallway and she hit the walls and doors. Officers stated the victim was bruised and cut. Sidders has been a police officer for more than 15 years. He was booked into the Orange County jail. Sidders posted a $500 bond and was released. [Full article here]

OPD OFFICER ARRESTED, ACCUSED OF ABUSING GIRLFRIEND: Officer Danny Sidders was arrested Saturday and charged with battery.
Orlando Sentinel
By Bianca Prieto
January 17, 2012
An Orlando police officer was arrested this weekend after his girlfriend accused him of beating her up and locking her out of their home. Officer Danny Sidders was arrested by his fellow officers Saturday after his live-in girlfriend called police to report the alleged abuse. She claims it was not the first time he abused her... The victim called to report the violence the following day and officers noted the woman had several cuts and bruises. While officers were taking the report, Sidders arrived at the home and was arrested. He was charged with battery and transported to the Orange County Jail. He was booked into the jail just before midnight Saturday and bonded out Sunday after paying $500 bail... [Full article here]
[police officer involved domestic violence oidv intimate partner violence ipv abuse law enforcement public safety professionalism florida politics]
on 1/18/2012