...Before sentencing, [former Long Beach Officer Brandon] Preciado's wife, Yessenia, asked Los Angeles Superior Court Judge Craig Richman to consider Preciado's role as the father of three children. "I am not here to make excuses or to say whether he's guilty or not guilty," Yessenia Preciado said. But she cited his military service and work as a police officer and said, "He's a great family man"... 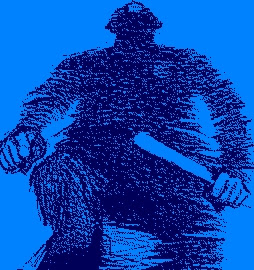 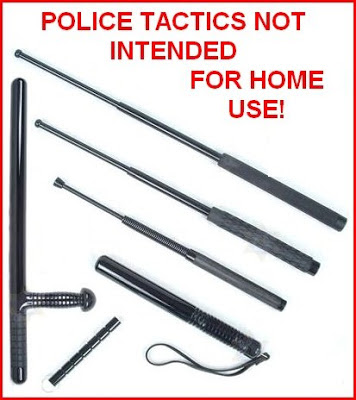 LOS ANGELES - A 30-year-old former Long Beach police officer was sentenced to 12 years and four months in prison Monday for what a judge called the "physical and psychological torture" of his wife.

Brandon Preciado was convicted Oct. 2 of more than a dozen felonies and a handful of misdemeanors for repeatedly choking, beating and threatening his wife.

The eight-woman, four-man jury, which deliberated for about a day, convicted him of six felony counts of corporal injury to a spouse, three counts each of assault with a deadly weapon and assault by means likely to produce great bodily injury and one count of criminal threats. He was also convicted of five misdemeanor charges - three counts of assault and two counts of battery.

"I am not here to make excuses or to say whether he's guilty or not guilty," Yessenia Preciado said. But she cited his military service and work as a police officer and said, "He's a great family man."

"I believe he needs help more than he needs prison time," she said.

Deputy District Attorney Amy Pentz countered, "We respectfully disagree with her. This is a man who repeatedly beat, choked and tortured his wife."

Prosecutors said Preciado's attacks on his wife occurred between Sept. 18, 2011, and Jan. 12 at the couple's Pico Rivera home. When one of the couple's children walked in on a beating, Preciado told the child he was just hugging Yessenia, according to Pentz.

Preciado was legally eligible for probation, but Pentz asked for the maximum sentence of 16 years, 10 months.

"A probationary sentence or light sentence is what I would call a bad bet," the deputy district attorney said.

But Richman said the seriousness of the crimes and the fact that Preciado had never expressed any remorse during the trial contributed to his decision not to grant probation and to impose the 12-year, four-month sentence.

He also ordered Preciado to pay $1,266.91 to a victims' compensation fund.

In an interview with police detectives and during a preliminary hearing, Yessenia testified to multiple attacks by her husband, who was a police officer at the time. He threatened to hit her with a work-issued flashlight and to break her jaw if she didn't tell him the truth, and then wrapped a belt around her neck during the first attack.

She said she suffered bleeding from her nose during an attack Nov. 11 in which her husband put her in a headlock. She also said he choked her during a New Year's Day run-in, but he told her he wouldn't kill her at the time because her brothers were in the home.

Preciado hit her repeatedly Jan. 9 with his police- issued baton after ordering in an angry voice for her to get "on all fours," and then woke her up a day later with his forearm against her neck, she testified.

The woman testified that she suffered a swollen left eye and bloody lips during the last alleged attack Jan. 12, saying her spouse repeatedly slapped her across the face, bent her left pinky back, bit her face and threatened that she should "prepare to die" before she ran to a neighbor's house to seek help.

But during the trial, Yessenia proved a more reluctant witness, repeatedly saying she didn't remember what had happened.

Sitting in court Monday, she smiled when Richman said he would not issue a protective order because he felt Preciado's long jail term would make another violent attack unlikely.

Yessenia Preciado had asked the court not to grant such an order because she wanted to be free to bring her children to visit their father, Pentz told the judge.

Before leaving the courtroom, Newton handed a notice of appeal to the court clerk.