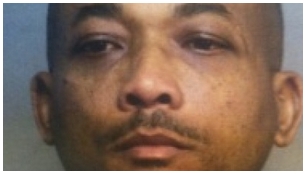 WGNO News
Sheldon Fox
...A Jefferson Parish Sheriff's Office arrest report says Lt. Conrad Lewis, 41, an assistant warden at the St. John jail, was spotted repeatedly punching a woman inside his parked 2005 Dodge Dorango in a parking lot at 100 Labarre Road... The reporting deputy writes he observed "a large amount of blood on the victim, her clothing and spread throughout the passenger compartment [of the SUV]... The arresting deputy reported Lewis and the alleged victim "have been in a romantic relationship together for 16 years, currently reside together and have a 14-year-old son together"...

L'Observateur, LaPlace, LA
By Robin Shannon
...According to the Jefferson Parish Sheriff’s Office, Lt. Conrad Lewis, 41, an assistant warden at the St. John Parish jail, was arrested Sunday evening after witnesses said he was seen repeatedly punching a woman inside a parked 2005 Dodge Durango at a parking lot on Labarre Road in Metairie. A Sheriff’s Office report stated that an eyewitness in the area reported she heard the woman screaming for help while trying to exit the vehicle... After the responding deputy obtained “conflicting statements” from Lewis and the victim, he arrested Lewis. While the deputy searched Lewis’ belongings, he recovered an “orange medical container” with pills...
[police officer involved domestic violence oidv intimate partner violence ipv abuse law enforcement public safety lethal deputy louisiana state politics]
on 10/09/2012