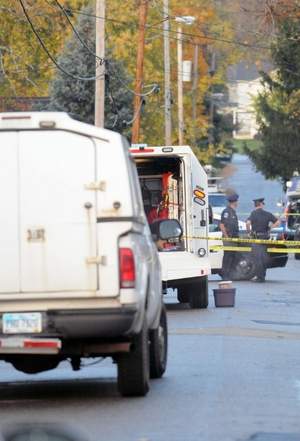 ...[Lancaster Police] Officer Randy Bartow, 56, of Logan, a 19-year member of the police department, was killed, as well as Stephanie J. Adams [Stephanie Jean Seifert], 38, and Kevin J. Adams... Court records showed that Stephanie Adams filed for dissolution in March, and it was granted in May... 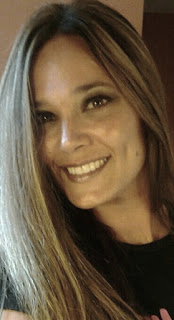 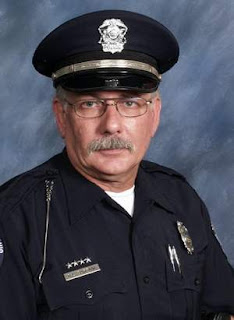 POLICE WORK TO PIECE TOGETHER LANCASTER DOUBLE MURDER, SUICIDE
10TV
Wednesday October 24, 2012
[Excerpts] LANCASTER, Ohio - While police try to determine why three people died in a double murder/suicide on Tuesday, friends and family members remembered the way the victims lived. Police said that 40-year-old Kevin Adams arrived at the home of his ex-wife, Stephanie Adams, and shot and killed her and then her boyfriend, Lancaster Police Officer Randy Bartow, before shooting and killing himself... Brian Darfus said that there was a big void around his office when he arrived at Century 21 Darfus Realty on Tuesday. Stephanie Adams worked there as a realtor for the past eight years. “She’d always stop by my office door and ask me how I was doing, and that’s just the kind of person she was,” Darfus said. “Even when things weren’t good in her life, she always came in and made everybody else smile and always acted crazy.” Those in town also remembered Bartow, who was a decorated and respected Lancaster police officer who had been on the force since 1993. 10TV News looked at Bartow’s personnel records and found them full of compliments from supervisors and citizens. Bartow had been named Officer of the Year twice... [Full article here] 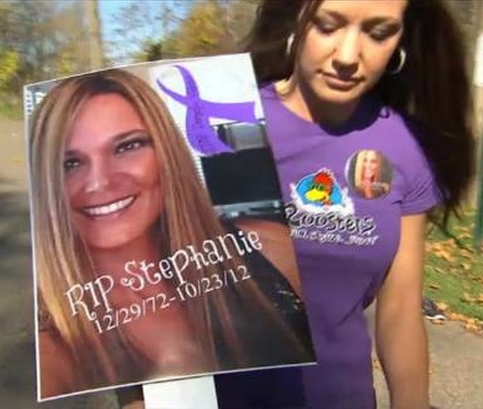 LANCASTER POLICE OFFICER AMONG 3 DEAD IN SHOOTING
Chillicothe Gazette
2:08 PM, Oct 23, 2012
[Excerpts] A decorated Lancaster police officer who was off duty has been identified as the third person killed in a double murder-suicide ... Officer Randy Bartow, 56, of Logan, a 19-year member of the police department, was killed, as well as Stephanie J. Adams, 38, and Kevin J. Adams, 40, both of Lancaster. All three were shot and killed at 196 Cleveland Ave... Neighbors heard yelling, a scream and then a series of “pops,” Bosch said... Stephanie Adams was one of the people who called 911. According to the log, there were screams and she kept yelling at “Kevin” to stop pointing a gun... Court records showed that Stephanie Adams filed for dissolution in March, and it was granted in May... Bartow joined the Lancaster Police Department in 1993 after working with the Logan Police Department since 1978. He initially served as a detective, and transferred to the patrol division in 1999. He was named officer of the year by his fellow officers in 1999 and 2002 and won the Lancaster-Fairfield County Chamber of Commerce’s Markwood Award in 2003. Stephanie Adams worked at Darfus Realty and at Rooster’s in Lancaster.... [Full article here]

COMMUNITY MEMBERS, FRIENDS REMEMBER SLAIN OFFICER
By: NBC4 - NBC4
October 24, 2012
[Excerpts] Members of the Lancaster Police Department remember fellow officer, Randy Bartow, 56, who was killed in an apparent murder-suicide, early Tuesday morning.... Friends and neighbors from his hometown of Logan, Ohio, in Hocking County say they were shocked to learn of his death. “It just about made me sick. Such a terrible thing; such a terrible tragedy,” said Sharon Stimmel, a friend of Bartow and his family... "He was a true professional and a valued member of our agency. His passing is a great loss to the Lancaster community and to Ohio law enforcement. He will be sadly missed, we ask that you keep Officer Bartow’s family and the Lancaster community in your prayers," said Chief Aaron Miller... [Full article here]


"We are extremely saddened by the tragic death of our brother, uncle and friend, Officer Randy Bartow. His kindness and generosity towards others was evident in all that he did. Randy was a proud police officer his entire adult life, and served with pride in the United States Marine Corps Reserve and Ohio Army National Guard. He will be greatly missed by his family, co-workers, friends, and the many residents he touched with his compassion. We are thankful for the outpouring of support during this incredibly difficult time.
Thank you very much,
Lindsay Bartow" 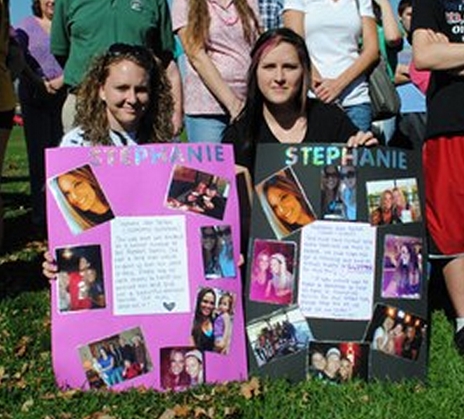 FRIENDS, FAMILIES STRUGGLE WITH LANCASTER DEATHS
CentralOhio.com
Michelle George and Francesca Sacco
Oct 25, 2012
[Excerpts] LANCASTER — When Ohio University Lancaster student Cheryse Hubbard participates in a two-mile walk today to raise awareness of domestic violence, she will be thinking of a dear friend and co-worker whose life came to an end too soon... “Stephanie was one of those people who, if you needed anything, no matter what, she would do everything in her power to do it for you. She would give you the shirt off her back, anything... She had the hugest heart... Everybody at work loved Stephanie; she’s going to be missed dearly... She was always there to listen and to try and give the best advice. She was never really one to complain about her life and what happened to her.” Across town, [Randy] Bartow’s co-workers at the Lancaster Police Department also were grieving the loss of a friend. Bartow was a decorated police officer who worked in the patrol bureau and was well-known within the community. He was off-duty Tuesday morning when he was killed. “It is very solemn here,” Lancaster Police Chief David Bailey said Wednesday... In his personnel file, there are all kinds of small notes, cards and letters on official stationary, but they all say the same thing — how he went out of his way to help somebody,” Bailey said. “For someone to write a note and mail it down here tells a lot about the impact he had because it takes time to do something like that and people are busy”... [Kevin and Stephanie's niece Amber] Singer said that while funeral arrangements for her aunt and uncle are pending, she hopes that they could possibly be buried together. “They loved each other, “ said Singer. “Our family is very distraught by this. We don’t understand. We have a lot of unanswered questions. But he was an amazing and loving person and nobody is seeing that”... [Full article here]

OFFICER RANDY BARTOW REMEMBERED AS MAN OF HUMOR, COMPASSION
Lancaster Eagle-Gazette
Blake Williams
Oct 28, 2012
[Excerpts] LOGAN — From a 9 a.m. briefing in Lancaster to an 11 a.m. service at the Logan Church of the Nazarene to the burial at Greenlawn Cemetery in Nelsonville, the friends and family of deceased Lancaster Police Officer Randy Bartow dedicated miles and hours to honoring his memory Saturday. Many used the drive to reflect on their lost friend. “I kind of chuckled when we were driving up here,” Bartow’s former partner, Kevin Everhart, said. “Leave it to Randy to find a cemetery back in this location. That’s just the way Randy was, he was a prankster. (During the drive) I was just kind of reminiscing on some of the good times that we had”... Everhart was glad people in mourning were able to find humor during the service, he said, and thought his friend would have appreciated it. “He was laughing at us, trust me,” he said. “That’s the way Randy was. He tried to find humor in everything”... Lancaster was not the only law enforcement agency represented at the funeral. Officers from Lithopolis, Baltimore, Columbus, Logan, Pickerington and Hocking County, among others, attended... Most of those officers stood at attention in spitting rain as Bartow’s casket was transported to the hearse and again at the grave site while the remaining members of the force served as pallbearers. The police officers stood six rows deep at Greenlawn Cemetery below an American flag lowered to half staff with a black bow affixed to its corner... “Randy was unlike most people,” [Lancaster Police Officer John] Hill said. “He was very sincere; he would do anything for anybody regardless of what it would cost him. You can say this about a lot of people and it’s not always meant, that he would give you the shirt of his back, but with Randy, he most definitely would do that.” Bartow also was known for giving people the shirt out of his pocket. In his time as a police officer, he developed a habit of folding dollar bills into origami shirts and giving them to people he encountered whose day needed a lift... [Full article here] 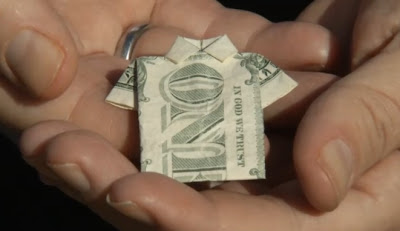 WALKERS REMEMBER LANCASTER MURDER VICTIMS
myfox28columbus.com
Thursday, October 25 2012
...Several people took part in the two-mile walk, which raised money for the Lighthouse domestic violence shelter. Also on the minds of the participants were Stephanie Seifert and Lancaster Police Officer Randy Bartow, who were killed Tuesday, allegedly by Siefert's ex-husband. Seifert's friend, Cheryse Hubbard, took part in the walk, and says Stephanie "would've wanted something good to come out of [the murders]." Hubbard said a golf outing is being planned to raise money for Seifert's family... LINK

OU-LANCASTER STUDENTS TO WALK IN HONOR OF VICTIM
WOUB
Published Thu, Oct 25, 2012
Ohio University Lancaster students will honor a domestic violence victim in the "Walk in Their Shoes" event Thursday afternoon. After Stephanie Adams was shot and killed in an incident related to domestic violence early Tuesday morning, several of her friends decided to participate in the walk... Stephanie Adams' friends plan to carry pictures of her during the walk. Adams' friend Cheryse Hubbard said she thinks Adams would be happy to see people participating. "From the situation, most can see that it was domestic violence and I think Stephanie would be proud of everybody who comes out and if something good from this situation can come out of it by somebody getting out of a domestic violence situation because of the walk today, I think Stephanie would be very proud and very happy," said Hubbard... LINK

LANCASTER MURDER VICTIM REMEMBERED ON DOMESTIC VIOLENCE AWARENESS WALK
October 25, 2012
Friends of Adams walked with heavy hearts at a bike path behind the Lancaster branch of Ohio University. "If anything was wrong she would tell you it was going to be ok, no matter what was going on in her life," said Jackie Taylor. The two mile trek was called "Walk In Their Shoes." The dozens who showed up talked about the shock of the tragedy and the need for domestic violence to end. "Nobody should  ever touch somebody else with anger love that if you love someone like that and it's just horrifying to think what she went through," said Taylor Adams’ co-workers from Rooster’s said that they can’t believe she is gone. They hope her death will make more people realize that they don’t have to stay in a violent relationship. "Don't be afraid to speak up, don't stay no matter how much you  love, sometimes people don't change"... There were 45 shoes placed along the path which represented a person who is touched by domestic violence every 15 minutes in this country... LINK