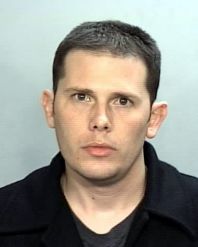 January 2006
Last week Columbia Police Officer Todd smith was charged with criminal stalking. The woman he broke up with last month said she started getting strange phone calls, text messages and letters that referenced personal information, then found a tracking device in her car. A quick investigation revealed he also was using police computers to look up information to help locate her.
Columbia police Capt. Michael Martin: “He knew where she was, when she got there and how long she was there. He knew every place she went and where she moved. This is not permitted.”
Police Chief Randy Boehm explains how Smith was so quickly fired after his arrest: “I can only say that by late Friday evening, I received enough information to show that there were some significant rule violations separate from the criminal investigation.”
And the Special Prosecutor, Mason Gephardt, filed a criminal stalking charge against Smith on January 6th despite reluctance of the victim to move forward with the case. He said he was determined to move forward because the case involves a larger issue of a police officer abusing his position and power. "Simply put, this is unacceptable behavior from a member of law enforcement, and a punishment beyond loss of job is, in my opinion, appropriate," Gephardt said yesterday in a news release. "I want to state from the beginning that the victim in this case is not enthusiastic about the filing of this charge."...
on 1/09/2006