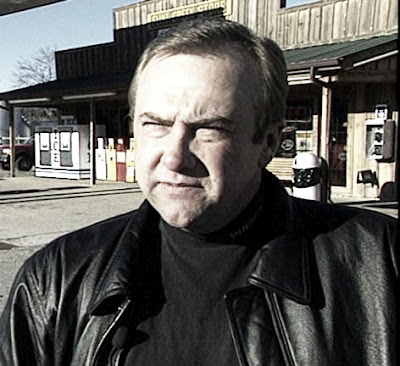 On the afternoon of Sunday, June 18th 2007, Candyce Woodruff called 911 in Delaware County Oklahoma where her husband had been the Sheriff until 2004. She told the dispatcher that her husband was drunk, yelling at her, and that he hit her. ("Authorities say the couple has a HISTORY of domestic violence.") At least that's how much of it we know from the media. The Deputies came to her house didn't see an injury, they said (although a news article says the next day in court that "she appeared to have a bruise on her left cheek"). They say they even scraped together $20 + $10 together between them to give to Candyce so she could leave and go somewhere else. Obviously that isn't what she wanted because she didn't go. MAYBE she wanted them to arrest him for assault or take him to a drunk tank to sober up. Or maybe, just maybe, her husband didn't let her leave? We don't know. But they didn't take him. Instead, they drove away. We don't know what time that happened except that it was in the afternoon. Then around 5 p.m Candyce called back to say that her husband had shot himself. When deputies arrived, the bloody chested (still intoxicated or sober now?) Lenden said his wife shot him. She said he shot himself. They believed him, not her. She was arrested and taken to jail, "Held in an isolation cell at the Delaware County Jail" on a quarter of million dollar bail. 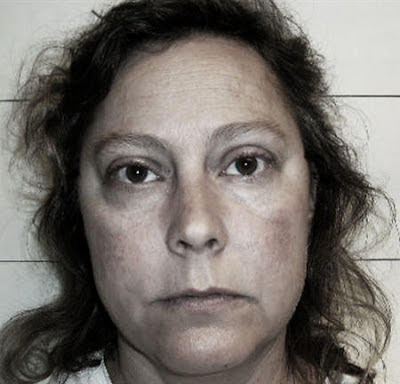 This past week the charges were dismissed after the scripts of what happened last month changed. District Attorney Eddie Wyant:

"Mr. Woodruff was released from the hospital a few weeks ago but has refused several requests by law enforcement to provide a statement as to the facts surrounding the shooting. As the District Attorney's Office must rely on the evidence obtained from each crime in order to make the appropriate prosecutorial decisions, the only evidence we have at this time are the witnesses who claim that Mrs. Woodruff admitted to shooting Mr. Woodruff and Mr. Woodruff making a statement that the shooting was accidental. Therefore, I do not believe the State of Oklahoma should proceed any longer with the current charges against Mrs. Woodruff."

I'm left wondering many things, some of which are did they let her out of her isolation cell? Where can she go? What is this "history of domestic violence" about? Was it while he was the sheriff? Continuously? Is it mutual or an identified victim between the two of them? Where did the bruise on her face come from if she wasn't assaulted? Who can Candyce call to get help if she needs it when the deputies are her husband's eternal comrades? What made her husband's story believable and hers not credible the day of the shooting? Nobody asks. Nobody tells. What's her email address?

(Excerpt from the news:
"He resigned on March 9, 2004, after being arrested on charges of driving under the influence of alcohol, resisting an officer, transporting an open container of liquor and carrying a firearm while under the influence of intoxicants. In a plea agreement struck with prosecutors, Lenden Woodruff pleaded guilty to driving under the influence and carrying an open container. As part of the agreement, the other charges were dismissed and all counts were expunged after he completed one year of probation, paid fines of $1,200 and court costs of $450, court records indicate.")