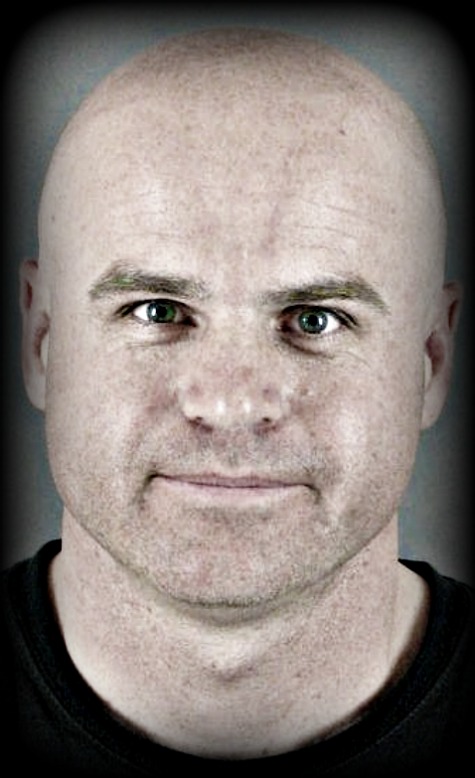 A longtime Brighton firefighter pleaded guilty this week to a felony stalking charge in connection to allegations he abused his wife for years... [Brighton Fire Lieutenant, former sheriff's deputy, Randy Cleveleand] originally faced more than a dozen [20] charges, all related to numerous instances of domestic abuse... Prosecutor Katharina Booth said it's not unusual to pare down several criminal counts to one or two specific counts in a plea deal...

That's true. It's not unusual. But after years of wife abuse, abusing his kids, sexual assualts, with his wife in hiding and even a couple of right-hearted fellow firefighters giving evidence against him,

FROM PREVIOUS POST:
[CO] Brighton Fire Lt. Cleveland's wife, in-hiding, says police protected him, not her - A longtime Brighton firefighter [Fire Lt. Randy Cleveland] faces more than a dozen (20) charges, including sexual assault, domestic violence and child abuse, after allegations of years of attacks on his wife in a case in which police investigators have been accused of turning a blind eye to her assertions... And it's not just his estranged wife who accused Brighton police of looking the other way - two of his fellow firefighters also told investigators they believed he got "special treatment because officers knew him"... In all, he faces six felony charges: two counts of sexual assault, two counts of second- degree assault and one count each of attempted second-degree assault and stalking. He also is accused of eight misdemeanor counts of assault, three of which allege that he abused his young children during attacks on his wife... The firefighter's wife of five years is in hiding...

I see that there is no mention in today's news on Boulder District Attorney Stan Garnett's contemplation on whether OR NOT he is going to investigate the police officers - who didn't help Mrs. Cleveland when she needed them to - for police misconduct.

What about them?
It's a wrap?
They are still out there fist-bumping and high-fiving each other when they beat their wives and kids and then cover for each other?

As usual I'm looking for, but cannot find, the voice of the local "professional" domestic violence community. They are too often paid from the same purse as the offenders, and these victims of officer, firefighter and public official domestic violence are "too politcal" for them to stand up for. Occasionally they rise for a high-profile case through which they can self-promote, but overall it's a sad, sad state of affairs. These victims are basically written off.

[Don't date just anyone in a hero's uniform.]

BRIGHTON FIREFIGHTER PLEADS GUILTY IN STALKING CASE
The Denver Post
04/14/2012
A longtime Brighton firefighter pleaded guilty this week to a felony stalking charge in connection to allegations he abused his wife for years. Randy Cleveland, 36, will be sentenced June 29 in Adams County District Court. He originally faced more than a dozen charges, all related to numerous instances of domestic abuse. Those included shoving his wife down the stairs and punching her with a hammer handle, according to court documents. Cleveland this week pleaded guilty to stalking with domestic violence, a Class 5 felony, as well as attempted third-degree assault with domestic violence, a Class 2 misdemeanor. Prosecutor Katharina Booth said it's not unusual to pare down several criminal counts to one or two specific counts in a plea deal. One specific count can then include a longer time frame of offenses, Booth said. Booth is a lead prosecutor in the Boulder County district attorney's office, which took over both the prosecution and investigation in the case because of conflict-of-interest issues. At the time of his arrest, Cleveland was a lieutenant with the Brighton Fire Protection District. He was suspended without pay in July after an internal investigation.

EARLIER ARTICLE THAT DESERVES TO BE READ SLOWLY:

RANDY CLEVELAND, BRIGHTON FIREFIGHTER, ALLEGEDLY BEAT WIFE WHILE COPS LOOKED OTHER WAY
The Huffington Post
Ryan Grenoble
07/12/11
35-year-old Randy Cleveland, a firefighter with the Greater Brighton Fire Protection District in Colorado, is facing at least a dozen charges after allegations of attacking his wife for years on end as police there neglected to take action.
The Denver Post reports that police responded to the couple's residence three times through 2010 and 2011. At one point, officers responding to a 911 call high-fived Cleveland; when his wife threatened to call the police after a later incident, Cleveland allegedly said "you know how well that works for you." Over the course of their five-year marriage, KDVR reports that Cleveland pushed his wife down the stairs, hit her with a hammer, and stomped on her with his firefighter boot. One time a female officer allegedly "fistbumped" him, after another an officer purportedly "friended" him on Facebook. After the case landed at the Adams County District Attorney's office, officials there initially declined to press charges. A friend of the victim told KDVR she believes police intentionally withheld evidence when submitting it to the DA. The Boulder District Attorney's Office came on as a special prosecutor, and Westword reports Boulder DA Stan Garnett is considering whether to investigate the officers who responded to calls for possible police misconduct. In the meantime, Cleveland is due in court on July 29 KWGN reports that his estranged wife is in hiding.
[firefighter police officer involved domestic violence oidv intimate partner violence ipv abuse law enforcement public safety lethal fear terror repeat hx teflon brotherhood state politics]
on 4/14/2012