[NJ] CONVICTED: Moorestown Officer Melia and his girlfriend Heather Lewis who molested teens they took in 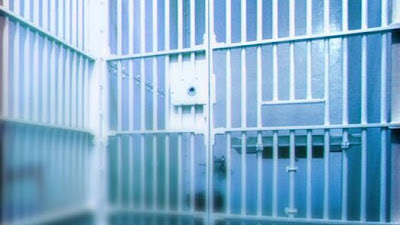 
A former Moorestown  police officer [Robert Melia] and his one-time girlfriend   [Heather Lewis] face more than 50 years in prison after a  jury on Friday afternoon found the pair had  molested several juveniles...

...“To the victims, I extend my admiration for  their courage in testifying against the  defendants,” [Prosecutor Robert] Bernardi said in a prepared  statement. “And finally to the defendants,  they will now face the full weight of the  sentencing court and the state looks  forward to that day"...

(I do not put sex offending officers on this blog unless some part of it has to do with a family-like trust or custodial relationship.)

MOORESTOWN POLICE OFFICER AND FORMER GIRLFRIEND GUILTY
phillyBurbs.com
By Danielle Camilli
Saturday, April 28, 2012
[Excerpts] Robert Melia Jr. was sworn to protect and serve, but on Friday a Burlington County jury found he abandoned that oath when he and his former girlfriend repeatedly molested teenagers in the home they shared in Moorestown. The attacks, including a violent sexual assault on an incapacitated, bound and blindfolded teenager captured on video, took place just feet from where his Moorestown police uniform hung on his bedroom door. The patrolman and his former girlfriend, Heather Lewis, a nursing assistant, preyed on vulnerable teenage girls whom the couple brought to their residence to escape their difficult home lives, according to trial testimony. The jury found Melia, 42, and Lewis, 36, of Pemberton Township, guilty of six counts of first-degree aggravated sexual assault as well as multiple counts of sexual assault, aggravated criminal sexual contact, sexual contact and endangering the welfare of a child. They were also found guilty of invasion of privacy. The jury hung on 19 charges pertaining to one victim... While finding Melia and Lewis guilty of dozens of sex crimes against children, it was the official-misconduct count that the jury foreman reported the loudest to Superior Court Judge Charles Delehey in the crowded courtroom... The abuse of the two teenagers occurred through much of his eight-year career on the township force, according to the verdicts. Melia had been in law enforcement since 1994, when he began his four-year tenure as a Burlington County Sheriff’s Department officer, working in the very courthouse he was convicted in Friday, before joining the Pemberton Borough Police Department... Melia and Lewis will be sentenced Sept. 13... The state’s case included testimony from four victims and from detectives, and graphic videotapes, found in Melia’s Cottage Avenue home, that depicted two of the assaults. The evidence indicated Melia had tried to delete the videos the week police began their investigation, said Detective Sgt. David Kohler of the Prosecutor’s Office. The videos were part of more than 50,000 files of pornography found on Melia’s computers and hard drives, including bestiality and homemade sex tapes. The jury was not told about the amount of pornography found, or about the now-infamous tape of Melia allegedly performing lewd sex acts on calves on a Southampton farm. When authorities charged him with animal cruelty, the international media picked up the story. The charges were later dismissed when a judge found there was not enough evidence to sustain them because prosecutors did not show the video to a grand jury... http://www.phillyburbs.com/my_town/moorestown/moorestown-police-officer-and-former-girlfriend-guilty/article_96e50a00-af98-569f-a252-dfef970de00c.html

PAIR FOUND GUILTY OF SEX ASSAULT CHARGES: No verdict on charges related to teenage girl
Cherry Hill Courier Post
George Mast
Apr. 28, 2012
[Excerpts] A former Moorestown  police officer and his one-time girlfriend  face more than 50 years in prison after a  jury on Friday afternoon found the pair had  molested several juveniles. The jury could not reach a verdict on  charges pertaining to a fourth victim — a  teenage girl who was the first to bring  accusations against Robert Melia Jr. and his  then girlfriend Heather Lewis in April 2008... Lewis, 36, of Pemberton, was found guilty  on 26 counts. The charges ranged from multiple counts  of first degree aggravated sexual assault to  endangering the welfare of a child to  invasion of privacy... The jury also found Lewis not guilty on one  of several charges filed against her in  connection to a then 14-year-old boy who  testified that Lewis had sexually assaulted  him... “To the victims, I extend my admiration for  their courage in testifying against the  defendants,” [Prosecutor Robert] Bernardi said in a prepared  statement. “And finally to the defendants,  they will now face the full weight of the  sentencing court and the state looks  forward to that day"... The accusers, who were familiar to Lewis  through a chain of connections, said most  of the assaults took place inside Melia’s  home in Moorestown... http://www.courierpostonline.com/article/20120428/NEWS06/304280032/Pair-found-guilty-sex-assault-charges
[police officer involved domestic violence law enforcement mount holly rape news jersey state youth pervert beastiality custodial]
on 4/28/2012