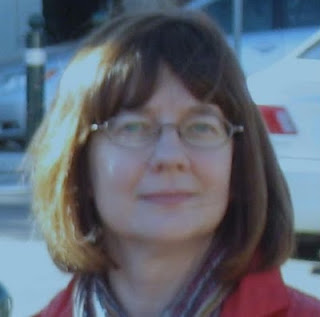 "Saratoga Springs Cynthia M. Gavitt, 48, recently passed away and is now at peace..."

...[Cindy] Gavitt was a beloved mother of two was a housewife and wife of a Captain in the State Police. She had experienced major medical problems since the beginning of 2011...   Her death is not considered suspicious...

..."There's no indication she was forcibly taken or there was any crime committed"...
~ State Police Major William Sprague

PREVIOUS POST:
[NY] State Police Captain's wife, Cynthia Gavitt, still missing - ...Cynthia Gavitt, a mom of two, is the wife of Capt. William Gavitt of the State Police’s Troop G in Loudonville... "They know its one of their own, and they are working as hard as they can,” State Police Maj. William Sprague said... [November 1, 2011]

BODY OF TROOPER'S WIFE FOUND - TIMES UNION
By Cathleen F. Crowley
Tuesday, April 17, 2012
[Excerpts] State Police confirmed a body found by campers Sunday along the Mohawk River is Cynthia Gavitt, 48, the wife of a state police captain. Her drowning has been ruled a suicide. Gavitt, who has been missing since Oct. 29, had experienced major medical problems since the beginning of 2011, according to state police. She was reported missing in October after police found her vehicle along Canal Road, just west of the Crescent Bridge and State Route 9 in Halfmoon. Police divers searched the area for days after her car was found. Gavitt, a mother of two, is the wife of Capt. William Gavitt of the State Police Troop G in Loudonville. In November, State Police Maj. William Sprague said, "There's no indication she was forcibly taken or there was any crime committed." Gavitt was found a half-mile north of Cohoes Falls on the east shoreline of the river. [Full article here] 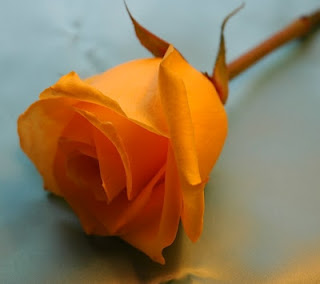 BODY OF STATE POLICE CAPTAIN'S WIFE FOUND
By: WNYT
4/16/2012
[Excerpts] The long search for a state police captain's missing wife is now over.State police say a body found along the Mohawk River over the weekend is that of 48-year-old Cynthia Gavitt... Police say the mother of two had been experiencing major medical problems since the start of 2011. [Full article here]

POLICE IDENTIFY BODY PULLED FROM MOHAWK
fox23news.com
4/17/2012
[Excerpts] ...Gavitt was found near Cohoes Falls by campers in the area who called police... Her death is not considered suspicious. [Full article here]

BODY FOUND IDENTIFIED AS MISSING SARATOGA SPRINGS WOMAN
News10
Posted: Apr 16, 2012
[Excerpts] State police say the body found Sunday on the shoreline of the Mohawk River was identified as a 48-year-old woman who had been missing since October 2011. State police say the body was discovered on the east shoreline of the Mohawk River, about ½ mile north of the Cohoes Falls. The Waterford Police Department received a call from campers in the area reporting the find. The deceased has been identified as 48-year-old Cynthia Gavitt... The body was removed from the scene by police and a post mortem exam was conducted at Albany Medical Center on Monday to determine her identity and the cause of death that was determined to be asphyxiation by drowning. The death has been ruled a suicide. Gavitt was a beloved mother of two was a housewife and wife of a Captain in the State Police. She had experienced major medical problems since the beginning of 2011... In a press release sent out by the State Police, they say "The Gavitt family appreciates all the concern and best wishes expressed to them by their many friends and the citizens of the greater Capital District over the past 7 months. The family has asked that their privacy be respected as they look for closure now." [Full article here] 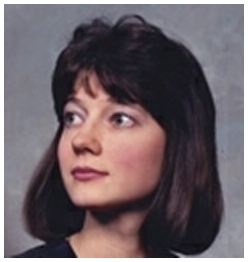 OBITUARY
Cynthia M. Gavitt
Albany Times
April 21, 2012
[Excerpts] Saratoga Springs Cynthia M. Gavitt, 48, recently passed away and is now at peace. Cindy grew up in Waterford, and attended Waterford-Halfmoon High School where she and her husband first met. She also attended the University of Bridgeport and SUNY Oneonta. Cindy was a loving and caring person who always thought of others first. She was a wonderful wife and mother and will be dearly missed. Survivors include her husband of 24 years, William Gavitt; her children... grandson... father Joseph Huneau; mother and stepfather... siblings... and many more relatives and close friends. The Gavitt family would like to thank the members of the New York State Police, as well as their many friends and relatives for their assistance, thoughts and prayers during this difficult time. Private memorial services and interment will be at the convenience of the family... [Full obituary here]

...Captain Gavitt and Family, I did not know Cynthia, but she sounds like a wonderful mom and wife and I am sorry for your loss of such a special person. Please know that I pray for your well-being and closure...

...So sorry to hear of the loss of Cindy. May God give her peace and heal the hearts of all the family with his grace...

...Cindy was a loving godmother who was generous and thoughtful. Our thoughts and prayers go out to you and your family. She will be missed dearly...

...I am saddened by Cindys passing, Cindy was a good sister in law and a good friend. She was a good person that will me missed. God bless her...

...I was sorry to hear of Cynthia Gavitts' death. She must have been suffering a lot.I wish the pain could have been alleviated.But,it is now in the heavenly sphere...

...We always wish we could have one more day, one more word, one more hug, one more chance to talk with our loved ones! Now we must hold onto our most cherished memories...


...She was a beautiful person. Go with God, RIP Now. I remember her as a child. When she came to visit on Grant St... 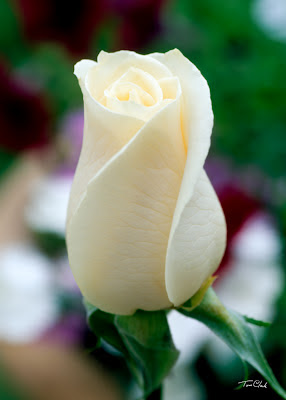 ...Mixed emotions glad she's been found for closure, but now no chance of her walking in the door. My prayers are with you...