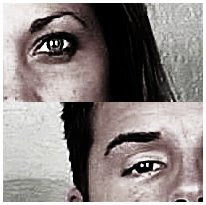 DEPUTY AND WIFE ARRESTED OVER DOMESTIC DISPUTE
Daily Press
By DAVID MACAULAY 247-7838
February 23, 2009
A deputy with Newport News Sheriff's Office and his wife have been charged with assault and battery after a domestic dispute at their home, police say. Police officers were called out to a home in Linden Avenue at 1:27 a.m. Sunday, after a caller informed them of a dispute between William B. Smith, a 29-year-old deputy, and his wife Amber M. Smith, 26, police spokesman Holly McPherson said. "Mr. and Mrs. Smith were involved in a verbal altercation which led to both individuals using their hands to assault one another. Both parties had very minor injuries. No medic was required," McPherson said. The Smiths were arrested and each was charged with one count of assault and battery... [Full article here]
[police officer involved domestic violence, oidv]
on 2/26/2009