[FL] Chief Sweatt to Anna Beach while she was still alive: If you pursue this, Officer Bomia will lose his job. 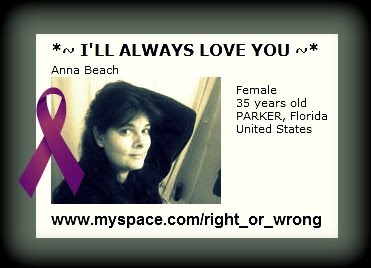 Parker Police Chief Charles Sweatt was told that officer Mark Bomia was being abusive to his girlfriend, Anna Marie Beach, but when she called him about it he told her that if she pursued the matter Bomia would be fired...

Previous post:
[FL] Slain Anna Beach didn't want her ex, Officer Bomia, to lose his job - A Parker police officer charged with murder was on duty and in uniform when his ex-girlfriend was killed... The officer, Mark Allen Bomia, 43, of Southport, shot and strangled 35-year-old Anna Beach... Beach’s family members and neighbors, said Bomia had been stalking her for weeks...

PARKER — Parker Police Chief Charles Sweatt was told that officer Mark Bomia was being abusive to his girlfriend, Anna Beach, but when she called him about it he told her that if she pursued the matter Bomia would be fired, according to a statement from Beach’s co-worker and friend.

That sworn testimony is included in discovery documents obtained by The News Herald from the State Attorney’s Office. What is not included in the material is much of Bomia’s statement to investigators, which was heavily redacted by prosecutors despite having been provided to the defense via discovery, an exchange of information that usually allows it to be available to the media.

The documents also reveal that Parker Police Lt. Dennis Hutto came to the home Bomia and Beach shared after an altercation between the two earlier this year, according to a statement he gave to sheriff’s investigators. Hutto told Beach that in the future she should call the Sheriff’s Office about her problems with Bomia. He also told Bomia that if he were charged with domestic violence, he would be fired.

If Hutto wrote an incident report about it, though, it was not produced in response to repeated News Herald public records requests to the Parker Police Department, nor is there any indication of such a report in the state’s discovery material.

Bay County sheriff’s investigators say Bomia killed Beach on Sept. 30 while on duty and in uniform. After shooting her in the head and strangling her, authorities said they believe he hid the body in the woods behind her home.

He is charged with an open count of murder and is being held without bond in the Bay County Jail. The State Attorney’s Office has not yet determined if they will seek first-degree murder or a lesser count of murder against Bomia.

Despite repeated requests for incident reports about the January incident between Bomia, Beach and, according to testimony, Hutto, Parker officials have released none of the reports. Also, Parker police did not release reports requested by the News Herald about the homicide. Detective Aaron Wilson was the initial case agent but handed it over to the Bay County Sheriff’s Office once it became possible a Parker officer was responsible for the slaying.

Over the past two months, repeated calls to the Parker Police Department in an attempt to reach Sweatt have not been returned. A call made to the agency Wednesday was not returned. Also, City Attorney Tim Sloan has not responded to an e-mail sent to him Wednesday.

The decision to redact Bomia’s statements, State Attorney Glenn Hess said, is based on an exemption provided in Florida’s public records laws related to confessions. Hess said the decision is made on a case-by-case basis by the prosecutor in charge, which in this case is Larry Basford.

Despite the heavily edited nature of the statements, there are several new pieces of information about Bomia’s state of mind and actions before, during and after the slaying.

The Bay County Sheriff’s Office previously revealed that Bomia confessed to shooting Beach while she was sitting in her living room. Bomia told them that she reached for something and spun around with it in her hands. He added that he reacted quickly and shot her. Documents do not disclose what Bomia thought she was reaching for.

Shortly before he was arrested, Bomia called Steele Boys Bail Bonds, according to owner Jerry Steele. Steele said Wednesday that the man who called him told him that the police were trying to pin a kidnapping, maybe even a murder, on him and wanted to know how the bond process worked and what kind of bond he could expect for those charged.

In an Oct. 5 exchange with investigator Jeremy Mathis, Steele said the person who called him identified himself as Mark “Bo … Bo … Bonita, Bomita, something like that.”

“Okay. How about Bomia?” Mathis replied.

Steele added that Bomia identified himself as an officer. After he was arrested, Bomia seemed confident he would get a low bond, Mathis wrote in an investigative report. However, Steele told Bomia that someone charged with murder usually does not get a bond, Steele said Wednesday.

During the investigation Bomia stopped an interrogation by telling the officers that he wanted to speak with an attorney. They let him leave and Bomia later told them that he had, indeed, contacted an attorney who told him not to speak with the police.

However, Bomia returned to the Sheriff’s Office and confessed to killing Beach despite the attorney’s objections. But Bomia’s explanation for why he decided to talk to investigators was redacted by the State Attorney’s Office.

Other witnesses close to Bomia indicated that he had been having financial trouble because of his child support payments. Bomia also seemed distraught after he was kicked out of Beach’s home, the documents reveal.

Bomia frequently complained that he feared that Beach was going to get back into a relationship with her husband, according to friends and relatives. Beach and her husband were separated and dated other people but never divorced.

One witness in the documents, Tammy Bevis, a close friend and co-worker of Beach, described an argument she observed between Bomia and Beach. In a statement to investigators made in October, she said that when she and Beach returned home from a night out at a local bar, Bomia tossed a gun at Beach and said, “just (expletive) kill me you stupid (expletive); that’s what you’re doing anyway, slowly.”

She added that Bomia had gone to the bar and watched Beach talk to another man. After they broke up, the stalking continued, according to Beach’s family members, friends and neighbors who said that Bomia often drove past her house in his police car while on duty. They added that he texted her any time her husband visited her home and that, at least once, he crept into her home while she asleep.

While they were separated, Bomia tried to enlist Beach’s mother, Karen Himebaugh, in an attempt to win her back, Himebaugh said. After Himebaugh declined, he sent her a text message stating that he would give her $500 if she could convince Beach to reconcile, according to the documents.

On Oct. 4, after Bomia was arrested, Sweatt and members of the Bay County Sheriff’s Office held a press conference. “There was no outward sign from this office prior to this incident that something like this could possibly happen,” Sweatt said at the time.

He added that while officers were aware Beach and Bomia had verbal altercations, they never had been informed Bomia had been physically abusive.

Bevis’ statement contradicts Sweatt’s assertion. In a statement made under oath Oct. 6, Bevis said Bomia had been physically abusive toward Beach for months. She added that Beach called the Parker Police Department at least three times about the abuse.

“They got into an altercation, he hit her, she called Parker Police Department and of course was put through to Chief Sweatt,” Bevis told investigators in October. “She said the chief said once again to her, this is like the third time she’s called, and for the third time she was told, you know, ‘If I follow proper procedure I’m going to have to fire him.’ ”

Reached Wednesday, Bevis said Bomia stalked and abused Beach multiple times during and after their relationship, but he also held a trump card over her head. Bomia had two children from his first wife and was paying child support. If Beach filed a formal complaint against him and he was fired, those children would suffer, Bevis said.

“Anna had a big heart for children,” Bevis said Wednesday. “She wouldn’t dare do that to the kids.”

Although Beach declined to file a formal complaint, Parker officers still knew what was going on, Bevis said. According to statements made by Beach’s children, Bomia punched Beach in the face in January and choked her 16-year-old son. Beach kicked Bomia out of her house at that time. `

Lt. Dennis Hutto responded to the home shortly after the incident. Hutto explained his actions to BCSO investigators in October.

According to his statement, Hutto told Beach that if it was a “physical type thing, uh, he’s an officer with our department and you know we will stand by to make sure that there’s nothing that will happen to you, but we would like the sheriff’s department or another agency to handle it because no matter what we would do, it would be considered wrong …”

Hutto also spoke to Bomia about the incident, he said.

He added that Bomia and Beach then separated but that “shortly” after the incident he saw them together at Wal-Mart.

“He knew and every other officer on that force knew what was going on. There was physical evidence there,” Bevis said Wednesday. “They’re not going to do anything to one of their own.”