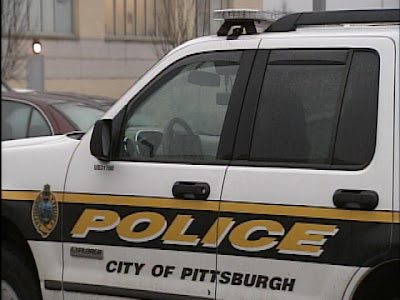 ...Police said [TK] told them he pulled the car over, jumped on her, bent her fingers and arm back and bruised her upper lip. [TK]’s pinky finger was cut and her shoulder was injured, according to the criminal complaint...

USING POLICE PHYSICAL TAKE-DOWN TACTICS ON FAMILY AND LOVERS SHOULD BE CONSIDERED THE SAME AS AN OFFICER USING HIS OR HER CITY OR COUNTY ISSUED SERVICE WEAPON DURING A DOMESTIC CONFLICT.

VETERAN PITTSBURGH OFFICER CHARGED WITH ASSAULTING GIRLFRIEND
Pittsburgh Tribune-Review
By Walter F. Roche Jr.
Monday, November 22, 2010
[Excerpts] A veteran Pittsburgh police officer who participated in a department program to strengthen families by improving communication has been charged with assaulting his girlfriend after they fought over a cell phone and a letter. Dwayne Ausbrooks, 48, was arrested Saturday and charged with simple assault... [Girlfriend TK] told police that Ausbrooks pulled the car over at Frankstown Avenue and Wheeler Street, and he "jumped from the driver seat and attacked me." She said he jumped on top of her and refused to get off. She said she fled from his car... According to the report, police officers observed that the woman was "visibly shaken" and had injuries to her hand and upper lip. Earlier this year, Ausbrooks was one of the police officers involved in the G.R.E.A.T. Family Program, a six-week community educational effort at the YMCA Homewood/Brushton branch. At the time Ausbrooks told a reporter, "This is about families strengthening families and ultimately strengthening the community"... A preliminary hearing is scheduled for Nov. 30... [Full article here]

PITTSBURGH POLICE OFFICER CHARGED WITH ASSAULT
By Pittsburgh Tribune-Review
Sunday, November 21, 2010
[Excerpts] A Pittsburgh police officer has been charged with assaulting his girlfriend ... Dwayne Ausbrooks, 48, got into an argument with his girlfriend, [TK] ... Police said [TK] told them he pulled the car over, jumped on her, bent her fingers and arm back and bruised her upper lip. [TK]’s pinky finger was cut and her shoulder was injured, according to the criminal complaint... [Full article here]
[police officer involved domestic violence oidv intimate partner violence (IPV) abuse law enforcement public safety pennsylvania tactical moves]
on 11/21/2010