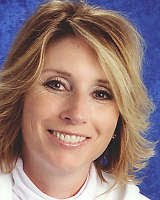 ...Great Falls police say the shooting deaths of a Montana Air National Guard commander and his wife were the result of a murder-suicide... Before going to work full-time at Montana Air National Guard, Don Mahoney was an officer with the Great Falls Police Department... Shelly possessed a great sense of humor and a wry/ironic wit as her family, friends, workmates and students can all attest to. She was fun and funny: a great storyteller, mimic, and a big tease... 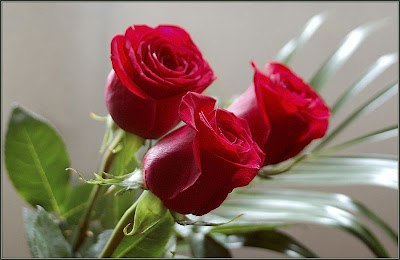 POLICE SAY AIR NATIONAL GUARD COMMANDER KILLED WIFE, HIMSELF
missoulian.com
November 16, 2010
[Excerpts] Great Falls police say the shooting deaths of a Montana Air National Guard commander and his wife were the result of a murder-suicide. Autopsies have determined that 44-year-old Lt. Col. Don Mahoney shot his 40-year-old wife, Shelly Mahoney, before turning the shotgun on himself... Don Mahoney was the maintenance squad commander for MANG and was a Great Falls police officer from 1997 to 2000. His wife taught fourth grade at Great Falls' Mountain View Elementary School since 2005. The couple's three children and other family members were at the home during the shooting. [Full article here]

MT ANG RELEASES STATEMENT ABOUT DEATH OF MAHONEY
KRTV, Great Falls
Nov 12, 2010
[Excerpts] The Montana Air National Guard released a statement on Friday regarding the death of Lieutenant Colonel Don Mahoney and his wife Shelly... Commander, Lt. Col. Don Mahoney and his wife Shelly died last night... “We are all in shock from this tragic event and still cannot fathom that this could happen”, said the 120th Fighter Wing Commander, Col. Pete Hronek. “Our focus at this time is on the family and to the many members that Lt. Col. Mahoney affected over his many years of service at the Montana Air National Guard. To fully support the family and members of the MTANG, the 120th Fighter Wing dining facility is open with support from chaplains, counselors and family support agencies. The dining facility will be open until 5:30 p.m. tonight. Colonel Hronek has also cancelled flying on Monday of next week. “We are deeply saddened by this loss and our sincere thoughts and prayers go out to the family of Lt. Colonel Mahoney and Shelly – especially their three children” said Col. Hronek. Colonel Mahoney was a former Army Air Borne Ranger and 120 Fighter Wing Security Forces Commander ... [Full article here]

MAHONEY DEATHS INVESTIGATED, COMMUNITY REACTS
KRTV, Great Falls
Nov 12, 2010 7:03 PM
[Excerpts] Police have released new details surrounding the deaths of Donald and Shelly Mahoney of Great Falls. On Thursday night, a family member called police to the Mahoney house at 3209 12th Street NE with a report of a domestic disturbance at 7:45 pm ... police entered the home and discovered two bodies in a bedroom. Authorities have not yet released who is responsible for the deaths, nor the type of weapon or weapons used ... Before going to work full-time at Montana Air National Guard, Don Mahoney was an officer with the Great Falls Police Department... [Full article here]

GFPS OFFERS ADVICE, COUNSELING AFTER TEACHER'S DEATH
KRTV, Great Falls
Nov 12, 2010
[Excerpts] The Great Falls Public School District is working to help students, families, and staff members in the wake of the death of teacher Shelly Mahoney... Superintendent Cheryl Crawley issued a statement on behalf of the school district’s staff and board, and says that they "...extend heartfelt condolences to the children and families of Shelly and Don Mahoney.” Crawley also stated that “this is a tragedy for the family, School District and Great Falls”... Mahoney was hired as a substitute teacher in 2004, and went full time in 2005 at Mountain View and was teaching fourth grade at the time of her death. Crawley said that Mahoney will be greatly missed by her students, the Mountain View teachers, and the entire School District staff... In addition, families of Mountain View students were sent a letter and a handout to assist them in helping their children understand and cope with the tragedy... [Full article here]

TWO DEAD IN GREAT FALLS AFTER DOMESTIC VIOLENCE REPORT
KBZK.com / KRTV News
Posted: Nov 12, 2010 2:12 PM by
[Excerpts] ...Initial reports indicate that Donald and Shelly Mahoney were involved in a domestic dispute at their home at 3209 12th Street NE on Thursday evening. Police were called to the home just before 8 p.m., with at least six patrol cars responding to the scene... ... [Full article here]

CASE CLOSED IN MAHONEY DEATH INVESTIGATION
By KFBB News Team
Story Published: Nov 15, 2010 at 5:34 PM MST
[Excerpts] ...Police say after investigating the scene and autopsy results, it has been determined that Don Mahoney fired a shotgun during a domestic dispute, killing his wife, Shelly Mahoney, before turning the gun on himself... [Full article here]

SHELLY MAHONEY
Published in Great Falls Tribune from November 14 to November 15, 2010
Visit Guest Book
[Excerpts] Shelly (Clapshaw) Mahoney, 40, of Great Falls, died of a gunshot wound Thursday at her residence. Funeral Liturgy for her and her husband, Donald Mahoney, is noon Wednesday at St. Ann's Cathedral, with inurnment in Mount Olivet Cemetery... Shelly Kay Clapshaw Mahoney, a mother of three boys and a fourth-grade teacher at Mountain View School, died tragically at her home, Thursday, November 11. Shelly was born May 30, 1970, in Great Falls, Mont., to Bob and Sandy Clapshaw... Shelly possessed a great sense of humor and a wry/ironic wit as her family, friends, workmates and students can all attest to. She was fun and funny: a great storyteller, mimic, and a big tease. Shelly was a devoted, dedicated, and involved mother, with a highly developed ability to juggle numerous (often competing) obligations and commitments. She managed a constant "blizzard" of family, school, sports and church activities ... Shelly's untimely death leaves a stunned and devastated legion of family, friends, and associates. She is survived by her three sons... her mother... her sister... An account has been set up at Wells Fargo "For the Benefit of the Children of Don and Shelly Mahoney." Memorials for Shelly may be made in this name and sent to Wells Fargo, 21 3rd St N, Great Falls, MT 59401. Condolences may be posted online at www.schniderfuneralhome.com and/or www.gftribune.com/obituaries. [Full article here]