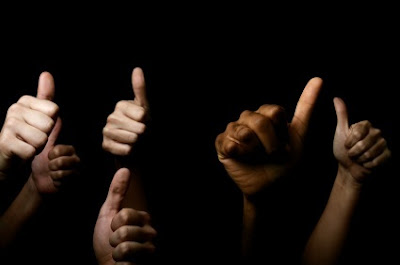 ...Upon [Donald Bradley Smithwick's] disappearance, hundreds of law enforcement officers and search and rescue personnel from several different agencies scoured the area of the Eden House Bridge (US 17) spanning the Chowan River between Bertie and Chowan counties...
Thumbs up to all law enforcement and court personnel involved in the capture and prosecution of Raymond Jedele and his accomplice Janet Harrell.

PREVIOUS POSTS:
GUILTY PLEAS IN AHOSKIE MAN'S MURDER
witn.com
Nov 24, 2010
A former police officer charged with a murder in Ahoskie in 2007 has pled guilty to the crime. Raymond Jedele of Kill Devil Hills was charged with the murder of Brad Smithwick of Ahoskie in October 2007. A court clerk says Jedele pled guilty to the murder in court in Hertford County on Tuesday. Janet Harrell, Smithwick's ex-wife, pled guilty to second degree murder. Jedele was sentenced to life in prison without the possibility of parole. Harrell was sentenced to 157 months to 198 months behind bars. Police launched a massive search for Smithwick after he didn't show up for work and police found blood in the bed of his truck. His body was found five days after his disappearance in the woods near Edenton. Jedele used to be a police officer in Kitty Hawk. He was charged with kidnapping before Smithwick's body was discovered. [LINK]

SMITHWICK MURDERERS ACCEPT PLEA ARRANGEMENT
The Roanoke-Chowan News Herald
November 23, 2010
[Excerpts] A scheduled day here Tuesday of pre-trial motions took an unexpected turn. Raymond Christian Jedele of Kill Devil Hills pled guilty to first degree murder while his accomplice, Janet Denise Harrell of Edenton, entered a plea of second degree murder. They stood charged with the October, 2007 kidnapping and murder of Donald Bradley Smithwick of Ahoskie, but agreed, through their attorneys, to accept plea arrangements. Their trial had been scheduled for Jan. 10, 2011 in Hertford County Superior Court. There, Jedele was facing capital murder charges, meaning he could have been sentenced to death if convicted ... Smithwick, then age 33 of Colony Avenue, was kidnapped from his Ahoskie home early in the morning of Oct. 4, 2007 as he left for his job ... a taser weapon was used to subdue, bound and kidnap Smithwick ... Upon his disappearance, hundreds of law enforcement officers and search and rescue personnel from several different agencies scoured the area of the Eden House Bridge (US 17) spanning the Chowan River between Bertie and Chowan counties... [Full article here]
[police officer involved domestic violence oidv intimate partner violence (IPV) abuse law enforcement public safety fatality fatalities lethal murder north carolina state jail gypsy cop hop tactical professional]
on 11/27/2010