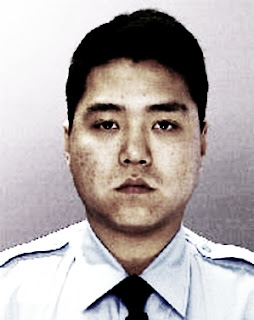 After a domestic incident with his ex-girlfriend, Philadelphia Police Officer Sean Jang was arrested by fellow Philadelphia officers and has been charged with aggravated assault, unlawful restraint, simple assault, recklessly endangering another person and false imprisonment. No information was released about whether there were injuries to his ex-girlfriend, whether she is being assisted with safety measures/options, or if she has a protection order. Jang got right back out of jail after posting bail. Jang will be doing administrative duties while the incident is investigated. His court hearing is scheduled for September 6th.