[LA] Brandy says that police discouraged her from reporting her police officer boyfriend. 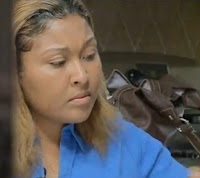 It's been a year, but with the persistent courage of Brandy Richardson and the amazingly powerful assistance of a WDSU I-Team investigation, Harbor Police Officer Melvin Anderson has been finally been charged with felony criminal damage to property, domestic abuse, and strangulation.

"Brandy Richardson says she is sharing her story for the countless others that may be too afraid to share theirs." 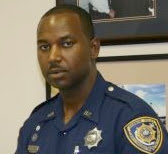 A New Orleans East woman said she was physically abused by her boyfriend and police refused to investigate the attack for months.

The woman said she believes investigators tried to sweep the incident “under the rug” because he is an police officer.

Brandy Richardson said the incident happened on Sept. 13, 2010. She and her live-in boyfriend were expecting a child, she said. An argument happened, which she said escalated into a physical attack as she tried to back away from him.

“I fell over the kitchen table, fell on to my right side -- that's when he grabbed me around my neck and continued to strangle me. Once he let me go, I called the police,” she said.

When officers arrived at the scene, they diffused the situation, but Richardson said that’s where the police intervention ended even though Richardson said she gave police a statement and wanted to press charges.

“The first thing that was told to me from one of the officers was a question, ‘Are you sure? Are you sure you want to do something like this? Don't you see the state he's in? Do you realize what this can cause and what type of consequences can be behind this?’” she said.

Richardson’s boyfriend, Melvin Anderson, is an officer of the harbor police force patrolling the Port of New Orleans.

“Their sole concern the whole time they were present was what was going to happen to this other fellow officer,” Richardson said.

“The story she has given just does not add up to the evidence,” he said. “They are no longer together. When it's all said and done we will be able to show that there is a lot more to this.”

Richardson said she went to the emergency room at Ochsner Hospital after the incident but remained disturbed because she said the police who responded to the situation didn’t take action.

“After the situation happened with the police, I even lost my confidence in the police department,” she said.

When her attempts to follow up on the incident were unsuccessful, she said she took matters into her own hands and contacted New Orleans Police Superintendent Ronal Serpas, Mayor Mitch Landrieu and WDSU.

“They allowed a lot of things to be washed away, and I feel in my heart that they completely just covered the whole thing up,” Richardson said.

The WDSU I-Team contacted the Public Integrity Bureau about the matter and a spokesman said that the officers’ actions that night were appropriate. No disciplinary action was taken, and the investigation into the incident was complete.

However, after the I-Team probed the case, it was eventually referred to the Orleans Parish District Attorney’s Office. The district attorney’s office filed felony charges against Anderson on charges of criminal damage to property, domestic abuse and strangulation.

“To a certain extent, it's manufactured a story in attempt to discredit defame and humiliate Mr. Anderson, and I am confidant at trial we will be able to present that to a jury. … Ultimately he will be exonerated,” Phillips said.

Pretrial motions have been set for December. A trial date has not been set. 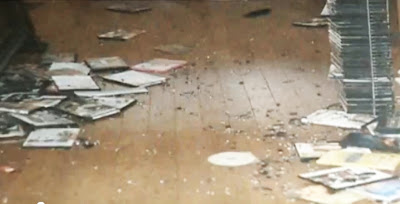