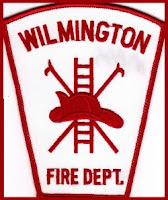 NEWLYWED CHARGED IN DOMESTIC ASSAULT
By Julie Manganis
November 17, 2011
A firefighter married just three weeks has been charged with domestic assault and battery after a fight with his bride left her bleeding from the mouth Tuesday. George Anderson, 36, of 27 Ord St., Salem, pleaded not guilty at his arraignment yesterday in Salem District Court, where he and his attorney showed Judge Michael Uhlarik what he claims is a bite mark he received during the fight. Anderson, a Wilmington firefighter, allegedly tried to prevent his wife from leaving the house to go to the library on Tuesday afternoon. Prosecutor Heidi Sylvanowicz told the judge that Anderson blocked the door, then struggled with the woman and punched her in the mouth. The prosecutor said that as police pulled up, Anderson was walking away from the house. Defense lawyer William Barabino suggested that the wife was actually the aggressor and that he was simply trying to restrain her. Barabino and Anderson showed the judge marks on Anderson's arms that he says came from his wife. "This is a young marriage," Barabino said. "It's been three weeks." For now, the two will have to live apart, after Anderson's wife obtained a domestic restraining order against him yesterday morning. Anderson was released on personal recognizance, with a condition that he stay away from his wife. He's due back in court on Jan. 19. [LINK]