[CA] Deputy Mathis back on (modified) duty after FIFTH accusation of violence - the last alleged victim his wife. SHHH on steroids. 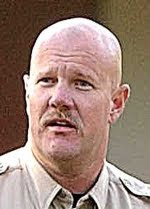 A Merced County sheriff's deputy [Johnny Mathis] who faces domestic abuse charges for allegedly shoving his wife against a wall [amid other public safety personnel] inside the main jail while on duty has cost the county more than $400,000 in settlements from civil lawsuits alleging excessive force... Lawyers for Ferreira and Mathis told them not to answer questions about steroid use... 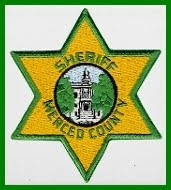 MODIFIED DUTY FOR ACCUSED MERCED COUNTY SHERIFF'S DEPUTY
The Sacramento Bee
Jonah Owen Lamb
Published: Thursday, Jul. 8, 2010 - 12:35 am
A Merced County sheriff's deputy who was put on administrative leave after allegedly pushing his wife against a door in the main jail while on duty May 26 has been put back on modified duty, according to Tom Cavallero, Merced County's undersheriff. Deputy Johnny Mathis was charged with battery in Merced County Superior Court and put on administrative leave soon after. At the time, a sheriff's department spokesman said Mathis would stay on leave indefinitely. Now Mathis is working a desk job at a sheriff's substation in north Merced County, said Cavallero. "Basically, he is working the office because we haven't concluded any of our inquiries," said Cavallero. While the investigation into the incident is pending, Cavallero said they determined that letting Mathis work at a desk job was a responsible decision. Cavallero said Mathis should be afforded the same due process that anyone else is -- not guilty until proven otherwise. [LINK]

MERCED COUNTY SHERIFF'S DEPUTY MATHIS HAS HISTORY OF BEING SUED OVER FORCE
Mathis has cost county hundreds of thousands.
MercedSun-Star.com
By JONAH OWEN LAMB
Friday, Jun. 11, 2010
[Excerpts] A Merced County sheriff's deputy who faces domestic abuse charges for allegedly shoving his wife against a wall inside the main jail while on duty has cost the county more than $400,000 in settlements from civil lawsuits alleging excessive force. That's according to court documents and the county counsel. Deputy Johnny Mathis was a defendant in three civil lawsuits and a government claim, all of which alleged he used excessive force while on duty from 2004 to 2006. All four cases were settled out of court, according to the county counsel's office. The settlement amounts weren't available for two of the cases late Friday, so the county's cost may be higher... In a civil case filed in 2004, Marcus Aue and Jason Haugen alleged they were assaulted and beaten without cause at the county fair by two deputies who were allegedly on steroids... Two months after the incident, Sheriff Mark Pazin admitted that four deputies had used steroids. He didn't say who they were. Lawyers for Ferreira and Mathis told them not to answer questions about steroid use... [Full article here]
[police officer involved domestic violence oidv intimate partner violence (IPV) abuse law enforcement public safety california cop on dispatcher repeat hx teflon]
on 7/14/2010