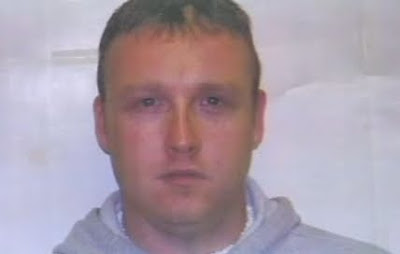 "Just keep us in your prayers."
Another officer loses their life coming to help a stranger be safe. Thank you to all the law enforcement officers who take that risk for the rest of us every day.

Daughter: "...He's not dead. He just started living."
Greene County deputy slain
Assailant commits suicide afterwards
ENC Today
Wesley Brown
July 30, 2010 12:00 AM
[EXCERPTS] A murder-suicide that happened in Snow Hill Wednesday night outside the Shine community resulted in a Greene County deputy killed by an assailant who immediately turned the gun on himself. Deputy Jon Willis died within minutes of 7:40 p.m. after responding to a domestic disturbance call at a residence in the Brooke Meadow Mobile Home Park... The 911 Center dispatched deputies Brad Conwell and Jon Willis. Willis, 30, arrived first... Conwell arrived seconds behind Willis to find his partner dead in the living room and [the shooter, Daniel] Myers – equipped with a handgun – dead in the bedroom... The N.C. Department of Correction listed Myers on its website as serving a 30-month probationary sentence on charges of felony assault inflicting serious injury, communicating threats and resisting arrest, both misdemeanors. Myers had a probation completion date of September 2011. The Greene County Courthouse had more than two dozen people stationed outside its doors waiting throughout Wednesday night into Thursday for new developments on the fallen deputy that had a 3-year-old son and an 11 to 12-year-old daughter. Flags at the Greene County Courthouse flew at half-staff as the community paid tribute to Willis. He joined the Greene County Sheriff's Office in December 2001, but left for a job at the Winterville Police Department. He returned to the GCSO in April 2009. “We are still working on a memorial service, but we will do something,” Smith said. “It is still early. We are going to get with the family and go from there. Just keep us in your prayers.”... [Full article here] 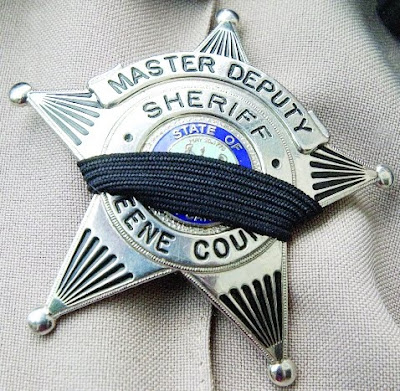