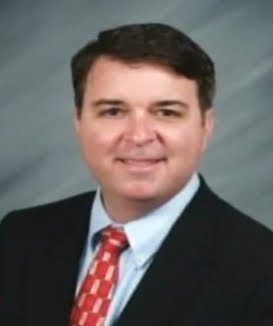 ...Deputies say a drunken [New Port Richey Mayor] Scott McPherson berated them and asserted his stature as mayor, trying to get deputies to release his wife...


...The mayor said his wife only slapped him because he was being a jerk...
...He repeatedly said he was the mayor of New Port Richey, he would have them fired and that he was a friend of Sheriff Bob White, reports state... After his wife was arrested, the mayor dialed 911 to report "multiple batteries" against his wife by a Pasco deputy. "I'm actually concerned for my wife's well-being at this point... She was assaulted and battered by a sheriff's deputy - at least one - and I'm actually concerned that she might be being sexually assaulted at this time"... ...“It’s not because I’m anybody important, I’m not. I would like Sheriff (Bob) White to call me immediately. And trust me, he will...”

MAYOR APOLOGIZES AFTER INCIDENT
Tampa Bay Online
By LISA A. DAVIS
Published: July 28, 2010
[Excerpts] In a letter to local newspaper editors, New Port Richey Mayor Scott McPherson apologized Tuesday to deputies, the community and his wife for his actions early Monday when his wife, Kimberly, was arrested on a domestic battery charge. He also vowed to finish the remainder of his three-year term. Pasco County sheriff's deputies say the McPhersons were intoxicated and belligerent toward them during the incident at Grille 54 on State Road 54 in Trinity... According to the sheriff's office, Kimberly McPherson slapped her husband outside Grille 54... Scott McPherson, also a personal injury lawyer, said his wife did not strike him. He maintains that the deputy was aggressive toward them from the start, escalating a virtual nonincident into his wife's arrest. According to deputies' reports, at least one deputy witnessed the slap and Kimberly McPherson later said she did it. Kimberly McPherson, 44, told a deputy that she gave her husband a light slap because he was acting "like a jerk," a report states. After the arrest, deputies say, a drunken Scott McPherson berated them and asserted his stature as mayor, trying to get deputies to release his wife. He repeatedly said he was the mayor of New Port Richey, he would have them fired and that he was a friend of Sheriff Bob White, reports state... The couple's 21-year-old son, Jack, happened to be at the restaurant with friends. When he saw something going on between his parents and a deputy, he went to their sides, reports state. Deputy Jeanie Spicuglia wrote in her report that when she arrived at the restaurant, she saw Shoup talking to McPherson and a young man, later identified as Jack McPherson, who was getting loud toward the deputy. His father told him to be quiet, the report states, and then turned to Shoup and said, "You shut up." That's when Shoup, according to the report, cursed at Scott McPherson, telling him not to order him to be quiet... Spicuglia said she saw Kimberly McPherson slap her husband... After his wife was arrested, the mayor dialed 911 to report "multiple batteries" against his wife by a Pasco deputy. "I'm actually concerned for my wife's well-being at this point," McPherson told a county 911 operator. "She was assaulted and battered by a sheriff's deputy - at least one - and I'm actually concerned that she might be being sexually assaulted at this time." At some point, he also called New Port Richey police 911 dispatchers to report a sexual assault. "I want him immediately off duty... You need to listen to me," he said. "My wife was sexually assaulted by a Pasco sheriff's deputy"... As of late Tuesday, McPherson had not filed a report against the sheriff's office alleging sexual assault, said sheriff's spokesman Kevin Doll... McPherson reiterated Tuesday that he is not concerned with his political career; he just wants to protect his wife, who he says is "the kindest person I have ever met in my life." In the letter to editors, Scott McPherson also asked for her forgiveness. "Finally, and of greatest importance to me, I want to publicly apologize to my wife, Kimberly. I will do everything in my control to make this up to you and be a better man. You mean more to me than any political office, or so-called 'prestige' associated with community positions I have held. You did not deserve any of this, and I am so sorry. Please forgive me." [Full article here]

MAYOR MAKES COMPLAINT TO SHERIFF'S OFFICE
FOX 13 News Pasco County
Peter Linton-Smith
29 Jul 2010
[Excerpts] Not long after New Port Richey Mayor Scott McPherson's wife was arrested for domestic battery, he made a series of 911 calls. He was upset with the deputy who arrested his wife. In one call he tells a dispatcher: "...I want to file a formal charge, and ...he absolutely assaulted her and battered her." Late Wednesday afternoon, sheriff's spokesman Kevin Doll told Fox 13 McPherson did indeed make a complaint. According to Doll, McPherson filed a verbal complaint with the Professional Standards Division, the equivalent of internal affairs. The complaint excluded the criminal allegations McPherson made against deputies to 911 dispatchers... On Tuesday, McPherson issued a written statement refusing to resign. He did not return repeated calls to his home or office. [Full article here]

EMBATTLED NEW PORT RICHEY MAYOR RESPONDS ABOUT HIS NUMEROUS RAGING 911 CALLS: McPherson: Deputies lied, I didn’t abuse power
abcactionnews.com
By: Jeff Butera
July 29, 2010: 11:35 PM
NEW PORT RICHEY, Fla. - In an email to ABC Action News, New Port Richey Mayor Scott McPherson denied using his political power to try and get his wife released from custody. The mayor’s wife, Kimberly McPherson, was arrested and charged with domestic battery after deputies said she hit the mayor outside Grille 54 in Trinity very early Monday morning. The mayor said his wife only slapped him because he was being a jerk. Deputies say after the mayor’s wife was arrested, McPherson verbally abused them, yelling at the law enforcement officers and trying to use his position of power to get the deputies to release his wife. But in an email to ABC Action News, the mayor denied that. “I will say that I completely DISAGREE with many allegations in the arrest report,” the mayor wrote. “I was not screaming ‘I am mayor, let her out!’ In fact, Kim was in the squad car when the deputies learned I was mayor, and due to a last-ditch effort, I stated ‘Please let her go. Look, I am the mayor of New Port Richey. Charge me if you want to hurt me! You will hurt me far worse by doing that!’” The mayor has apologized for his behavior to some of the deputies, but not all of them. In his email, he also said some of the deputies lied in the arrest report. The night of the arrest, the mayor also called the Pasco County Sheriff’s Office, alleging that one of the deputies -- the one he refuse to apologize too -- had sexually assaulted his wife. In multiple 911 calls, he makes that allegation and demands that deputies be placed around the squad car to protect his wife. At one point, the mayor says, “It’s not because I’m anybody important, I’m not. I would like Sheriff (Bob) White to call me immediately. And trust me, he will... Tell them that Mayor Scott McPherson is calling and I never throw that rhetoric around because it doesn’t mean anything to me that I’m mayor.”... In his email to ABC Action News, though, McPherson said the facts about the 911 calls have been misconstrued. “I don’t try to throw my weight around. And when I did FINALLY mention being White’s friend, it was very late in the second recording if I recall,” McPherson said. “The media pulled out the one line that would make me look like an ego-driven politician.” In fact, the first time McPherson tells a dispatcher he is mayor is not until the third phone call, at least nine minutes into the phone calls. He does later say he’s “not trying to pull strings”... [Full article here]
[public official involved domestic violence oidv intimate partner violence (ipv) abuse of power female]
on 7/30/2010