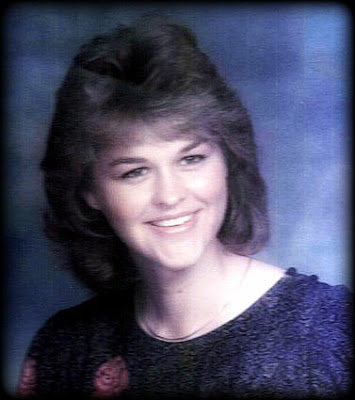 ...In the lawsuit filed in L.A County Superior Court, Nels and Loretta Rasmussen accuse the LAPD officers and supervisors investigating their daughter’s 1986 killing of deliberately ignoring clues that pointed to a fellow officer... The brother of a veteran Los Angeles police detective accused of murdering her ex-boyfriend's wife says the $10 million bail amount is outrageous and wants it lowered...

FAMILY OF WOMAN ALLEGEDLY KILLED BY LAPD OFFICER FILE LAWSUIT AGAINST THE SUSPECT AND DEPARTMENT
latimesblogs.latimes.com
Joel Rubin
July 27, 2010
[Excerpts] The parents of a woman who prosecutors say was killed by a Los Angeles police officer this week filed a wrongful death lawsuit against the accused cop and the LAPD. In the lawsuit filed in L.A County Superior Court, Nels and Loretta Rasmussen accuse the LAPD officers and supervisors investigating their daughter’s 1986 killing of deliberately ignoring clues that pointed to a fellow officer. Sherri Rasmussen was beaten and shot to death in the Van Nuys townhouse she shared with her husband. The husband told detectives that his ex-girlfriend Stephanie Lazarus, an LAPD officer, had repeatedly confronted and threatened Sherri Rasmussen before the killing. Lazarus, however, was not questioned or considered a suspect. Over the next two decades Lazarus rose to the rank of detective... Current LAPD officials have dismissed the notion of a coverup by their predecessors... [Full article here]

BROTHER OF LAPD DETECTIVE ACCUSED OF MURDER WANTS $10 MILLION BAIL LOWERED: Stephanie Lazarus is accused of murdering her ex-boyfriend's wife in 1986.
KTLA News
July 16, 2010
[Excerpts] The brother of a veteran Los Angeles police detective accused of murdering her ex-boyfriend's wife says the $10 million bail amount is outrageous and wants it lowered. 49 year old Stephanie Lazarus, a 26 year veteran police detective, is accused of bludgeoning and then shooting Sherri Rae Rasmussen in 1986 in Van Nuys... Lazarus was arrested in June, 2009 after cold case detectives re-examined the evidence in the case and linked her to the murder through saliva found in a bite mark on the victims. She faces a possible life sentence... [Los Angeles Superior Court Judge Robert] Perry said that if Lazarus were to be freed on bail, she would have access to weapons and could be a risk to herself and others. He called the case "unusual" and said there was compelling evidence that Lazarus would flee and go on the lam if released on bail. During her preliminary hearing, friends and colleagues said Lazarus was desperately in love with John Ruetten, whom she dated for several years before he married Rasmussen. The acquaintances say Lazarus was deeply upset when Ruetten broke up with her and got engaged. He married Rasmussen, a hospital nursing director, three months before her death... Prosecutors say the case against Lazarus focuses on a key piece of evidence: saliva collected from a bite mark left on the victim... Rasmussen's body was found by her husband in the living room of their Van Nuys condominium on Feb. 24, 1986. Investigators say she had been shot three times with a .38-caliber gun, bitten and badly beaten... [Lazarus] had reportedly threatened Rasmussen at the hospital where she worked and at her home... Police say Lazarus reported her personal .38-caliber revolver stolen from her car in Santa Monica shortly after the fatal shooting... The gun was never found. Santa Monica police acknowledged the theft report, but declined to make it public, citing the ongoing murder investigation... [Full article here]
[police officer involved domestic violence oidv intimate partner violence (IPV) abuse law enforcement public safety fatality fatalities california state lawsuit preferential]
on 7/30/2010