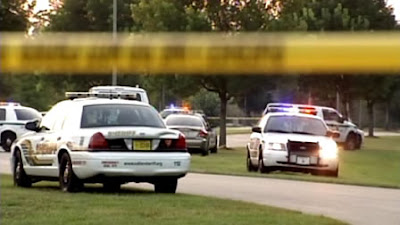 ...[Sheriff's Office spokeswoman Karie] Partington said Flater shot herself during a discussion with her partner over an ending relationship. Flater, overcome with stress from the relationship, took out her personal weapon... 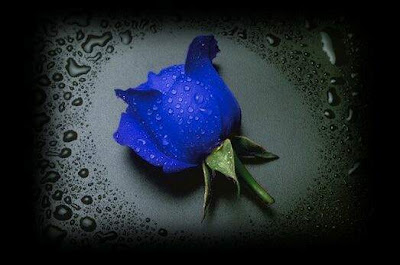 "...A WONDERFUL FRIEND, CO-WORKER AND HUMAN BEING. ALWAYS A SMILE ON HER FACE AND KINDNESS IN HER VOICE. SHE WILL BE MISSED GREATLY BY MANY..."

Please pray for Deputy Erin Flater's friend in the park.
SHERIFF'S OFFICE: COLLIER DEPUTY SHOT HERSELF, DIED FROM INJURIES
nbc-2.com
By Christina Mora
Posted: Oct 22, 2010 4:29 PM PDT
Updated: Oct 22, 2010 8:30 PM PDT
[Excerpt] Officials with the Collier County Sheriff's Office say a deputy shot herself in the chest while breaking up with someone she was in a relationship with. They say she died from her injuries. Officials with the sheriff's office say 29-year-old Erin Flater was off-duty when she used her personal weapon, a 40-caliber Glock, to shoot herself Friday evening at Sugden Park. Investigators say she was emotionally overcome by the personal stress of the relationship. She had been with the sheriff's office for four years... [Full article here]

DEPUTY FATALLY SHOOTS HERSELF AT PARK
The Associated Press
Posted on Friday, 10.22.10
[Excerpt] A Collier County deputy is dead after reportedly shooting herself during an off-duty argument at a Naples park. The sheriff's office reports that the 29-year-old deputy was with another person at the Sugden Regional Park Friday evening. Authorities say the two were ending their relationship when she took out her personal weapon, a .40 caliber Glock, and shot herself. She was transported by helicopter to a Fort Myers hospital, where she died... [Full article here]

COLLIER COUNTY DEPUTY FATALLY SHOOTS HERSELF AT PARK
wtsp.com
[Excerpts] A Collier County deputy is dead after reportedly shooting herself during an off-duty argument at a Naples park... The deputy, who worked in the road patrol division, joined the sheriff's office in March 2006. Investigators say other park visitors were never in any danger. [Full article here]

CCSO: OFF-DUTY DEPUTY SHOT SELF AT PARK
Posted by colliersheriff.org at 9:10 PM
Posted 10/22/2010
[Excerpts] The Collier County Sheriff’s Office is investigating a shooting involving a deputy at an East Naples park Friday evening. Deputies found Cpl. Erin Flater wounded from a self-inflicted gunshot at Sugden Regional Park shortly before 6 p.m... Investigators said that Cpl. Flater was emotionally overcome by the personal stresses of the relationship... She is assigned to the road patrol division in the sheriff’s East Naples district. An investigation continues... Posted by colliersheriff.org at 8:56 PM [Full article here] 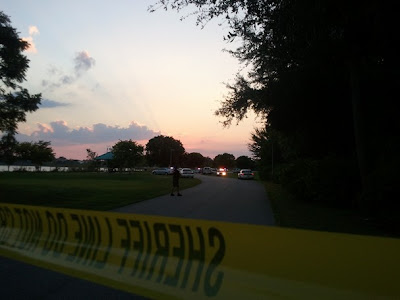 SUGDEN PARK SHOOTING-VOTOPS
ABC 11pm
ABC SEVEN FOLLOWING BREAKING NEWS OUT OF COLLIER COUNTY TONIGHT. WE'RE NOW LEARNING A COLLIER COUNTY DEPUTY SHOT HERSELF IN SUGDEN PARK IN NAPLES JUST BEFORE SIX ... TONIGHT WE'RE LEARNING MORE ABOUT DEPUTY FLATER ... IN MARCH OF LAST YEAR SHE WAS GIVEN THE PRESTIGIOUS "PHOENIX AWARD" AFTER HELPING TO SAVE THE LIFE OF A PERSON WHO SUFFERED A HEART ATTACK. FUNERAL ARRANGEMENTS HAVE NOT BEEN ANNOUNCED. [Full article here] 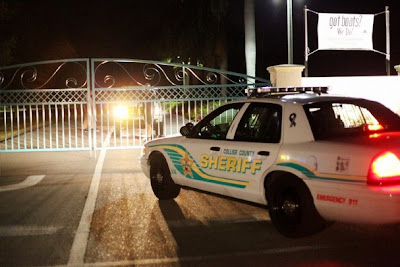 COLLIER DEPUTY DIES AFTER SHOOTING HERSELF AT SUGDEN PARK
Marco News
Elysa Batista
Posted October 22, 2010
updated October 23, 2010
[Excerpts] ...[Sheriff's Office spokeswoman Karie] Partington said Flater shot herself during a discussion with her partner over an ending relationship. Flater, overcome with stress from the relationship, took out her personal weapon, a .40 caliber Glock pistol, and shot herself, according to Sheriff’s Office reports... Sheriff's Office dispatch got a call at 5:52 p.m. in reference to shots fired at the county park... “We still have people back there continuing the investigation,” Partington said. [Full article here] 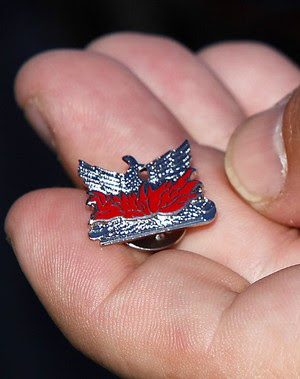 ...saying a prayer for erin and her family...

...I'm so sorry for all who lost her and for her friend in the park! Beautiful, funny & strong! What a terrible night!...

...A WONDERFUL FRIEND, CO-WORKER AND HUMAN BEING. ALWAYS A SMILE ON HER FACE AND KINDNESS IN HER VOICE. SHE WILL BE MISSED GREATLY BY MANY...

...I couldnt of said it any better. Erin may you find the peace you are looking for.. and watch over all your coworkers and they will always be missing you .. God Bless you...

...Can not find the words for this kind of loss... Erin you will me missed by so many friends and loved ones...

...Beautilful girl. Greeted you many times at work. Always smiling and friendly. May your beautiful soul be at peace. My prayers are with you and your family. My condolences to all at the Collier County Sheriff's Department...

... OMG, I am in shock. You were a beautiful kind soul my friend, may you find the peace you were so desperate for. RIP...

...I'm so sorry for everyone who lost Erin! What a kind, funny beautiful person!...

...Amazing Woman, amazing deputy... Another Angel in heaven... never can forget her smile... she was never without a smile... RIP Erin...

...Erin and I were both hired in March 2006. I had the privilege of working with Erin in traning for several months before being assigned our districts. She was a delightful person to be around. I'll miss her very much!!!! RIP...

...Thoughts and prayers to the family of this young officer...

...My prayers are with Erin, her family, and all of the members of the CCSO Team. God bless you all for all that you do for the Collier County Community....

...RIP Erin you were well liked and will be missed and thought of often...

...Erin I pray you are with God and His Angels. Your smile and spirit has touched the lives of many. I will miss you and hope to see you again in the Kingdom of God. My prayers are with you and your family. Rest in peace my friend. I'll miss you...
[police officer involved domestic violence oidv intimate partner violence (IPV) abuse law enforcement public safety fatality fatalities florida state suicide suicidal]
on 10/27/2010