[IN] The arrest and suspension of Danville Asst. Police Chief Jerry Cunningham 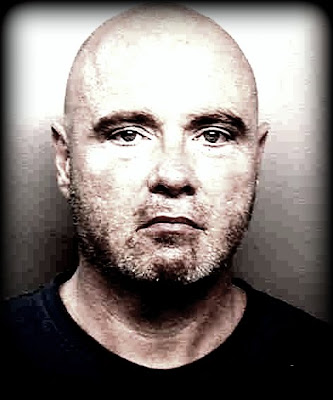 Assistant Police Chief Jerry Cunningham is charged for tearing off the screen door and kicking in the wood door of a man's house where his ESTRANGED, divorcing wife was - and then assaulting the man and Cunningham's soon to be EX wife. Instead of being thrown on the ground and arrested, the police CHIEF came and whisked him away to the chief's home, where hours later he was arrested in a more dignified surrounding I guess.

To the people of Danville who do not think Cunningham should be held accountable, be careful. People here in Tacoma Washington supported our police chief too and closed out his wife. Soon they were both dead by his hand.

Protect the people being attacked, not the attacker.

ASSISTANT CHIEF RELEASED AFTER BATTERY ARREST: Man Faces Several Charges After Weekend Incident
theindychannel.com
October 25, 2010
[Excerpts] The assistant police chief of the Danville Police Department was released on his own recognizance Monday after he was arrested in a domestic disturbance involving his estranged wife at another man's home over the weekend. Jerry Cunningham was arrested Sunday on charges of domestic battery, battery with injury and unlawful residential entry, 6News' Rafael Sanchez reported. According to a police report, Cunningham drove to the home of Mike Willard... Cunningham forced his way into the home and confronted Willard, police said, asking to see his hands before punching him in the eye. Police said Cunningham's wife tried to break the men up as they wrestled and fought, cutting her foot. Cunningham called his boss, Danville Police Chief Keith Gill, after the altercation and told him what happened, police said. Cunningham, a father of three children, has been with the department for 20 years. He was placed on administrative leave, Gill said. "It is difficult. We know Jerry. We're a small, close-knit department," Gill said. "Everybody knows each other. He's been my assistant chief since I came here"... A special prosecutor will be named in the case. Cunningham is expected to be released on his own recognizance. He will be instructed to give his service revolver to police and undergo a mental evaluation within 24 hours. [Full article here]

DANVILLE'S ASSISTANT POLICE CHIEF FACES CHARGES: Assistant police chief accused of battery, unlawful entry
theindychannel.com
Josh Duke
Oct 28, 2010
[Excerpts] The Danville Police Department received what its leader called a "black eye" last weekend, when one of their own was arrested after a domestic dispute. Hendricks County sheriff's deputies arrested Danville Assistant Police Chief Jerry Cunningham, 44, on Sunday. Cunningham faces a felony charge of unlawful residential entry and two misdemeanor battery charges, after reportedly getting into a dispute with his estranged wife and a Danville man. He was held overnight in the Hendricks County Jail but was released by the judge after his initial hearing Monday. A special judge and prosecutor will be assigned to the case and then a trial date will be set... [Cunningham] reportedly broke into a home owned by Mike Willard... Cunningham got in a fight with Willard inside the home and reportedly punched him in the face, Yetter said. Cunningham also may have shoved his wife during the struggle, Yetter said. Cunningham and his wife are going through a divorce. Deputies arrested Cunningham a few hours later at Danville Police Chief Keith Gill's home. Gill said he was doing yard work when Cunningham called. "I thought maybe he arrested somebody and needed help," Gill said. "If you would have told me that morning we would be arresting him, I wouldn't have believed it. He lives for his three boys and is such a big family man. I was completely shocked... I honestly believe we have to set a higher standard for ourselves because we have that public trust... This is a tough time for this department and the Danville community, but we will come through this maybe even stronger"... [Full article here]

DANVILLE POLICE OFFICER ARRESTED FOR BATTERY
The Hendricks County Flyer
By Wade Coggeshall CNHI
Mon Oct 25, 2010, 04:43 PM EDT
[Excerpts] The assistant police chief here is on the other side of the law after an altercation with his estranged wife and another man. Jerry Cunningham was arrested Sunday on charges of residential entry, domestic battery, and battery. He was released from the Hendricks County Jail on his own recognizance Monday morning and made his initial court appearance that same day... When Cunningham wasn't granted entry to the home, he allegedly tore the screen door off its hinges and kicked in the front door. Once inside, Cunningham is accused of punching Willard in the face and shoving his wife, Shawn, when she tried to break up the fight. She fell and suffered a cut on her foot... After the scuffle, officials say Cunningham went to the residence of Danville Police Chief Keith Gill... Cunningham did not give investigators a statement. "At this point in time, why he went over there and allegedly kicked the door in and assaulted these two, I can't say"... [Full article here]

ASSISTANT CHIEF SUSPENDED WITHOUT PAY AFTER ARREST: Supporters Rally Behind Embattled Officer
theindychannel.com
October 29, 2010
An assistant police chief has been suspended from work without pay days after he was charged in a domestic disturbance. A merit board voted unanimously Thursday night to suspend Danville police Col. Jerry Cunningham. Cunningham was originally suspended with pay for five days after his arrest on charges of domestic battery, battery with injury and unlawful residential entry. Police said Cunningham forced his way into a home where his wife was visiting a male friend. The other man was injured in a scuffle, and his wife was hurt while trying to break up the fight. The meeting was packed with supporters of Cunningham. "He's been with our department 22 years, an impeccable record," said Lynda Morgan. "Everyone knows him, adores him. He should stay with our department." Cunningham's supporters said they will raise money to assist him now that he is suspended without pay. [LINK]

SUPPORTERS ATTEND MERIT BOARD MEETING FOR DANVILLE ASST. CHIEF
WXIN-TV
By Heather MacWilliams Fox59
10:36 p.m. EDT, October 28, 2010
Supporters young and old came out in droves armed with signs and faith that Jerry Cunningham, a 22-year veteran of the Danville Police Department, will continue to protect and serve... The crowd contained former football players he's coached... The 44-year-old wound up turning himself in and is getting psychological help. "I just know that he's been going through a pretty hard time lately and it gets to you," says his 16-year-old son Cameran, adding, "I think if they made the decision to let him keep his job then he wouldn't do this ever again." But after deliberating for an hour, the merit board voted to place Cunningham on unpaid administrative leave pending the outcome of his charges. Something his next door neighbor says is unfair... [Full article here]

Danville - The assistant police chief of Danville was arrested and charged in an apparent domestic violence incident.

Jerry Cunningham faces two misdemeanor counts of battery and a felony charge of entering a residence after an attack over the weekend.

"Your Honor, I can assure you that in 22 years of faithful service to my community, I've already done enough to embarrass myself," said Cunningham, speaking via video conference.

Cunningham became emotional during his initial court hearing when the judge explained the protective order filed that restrains him from having any contact with his wife or his neighbor.

"I won't. They need not fear me. I will not contact them, your Honor. I will not," he said.

According to police, Cunningham was arrested Sunday afternoon after he found his wife at another man's house.

"My understanding is Mr. Cunningham was out walking, observed his wife's vehicle at this residence. He went and knocked at the door. There was no answer. He then made forcible entry, encountered the two and a fight ensued," said Bill Wright, Danville Police Department.

Investigators say the man sustained head injuries but was not taken to the hospital. Cunningham's wife was hurt trying to break up the fight, but she did not go to the hospital.

Police say the Cunninghams are going through a divorce.

"I made a mistake, a stupid mistake yesterday. My heart was broken. That's why I did it. I'm sorry," said Cunningham.

"We were requested to handle it so there's transparency; so there's no question of anything improper in this investigation," said Jim Yetter, Hendricks County Sheriff's Department.

"I thought he had stumbled onto something and needed back-up and my number was the first one on speed dial. That's exactly what I thought until I got there. I thought there's no way he should be back at his house. I took him back to my house and we sat on the back porch and I had been in contact with the sheriff's department, asking them to take over the investigation so that we would have total transparency," said Keith Gill, Danville Police chief.

Monday afternoon as a condition of his release, Cunningham's firearms were confiscated from his home and the judge ordered him to receive a mental health evaluation within the next 24 hours.

"If he is found guilty of domestic violence, federal law dictates that he cannot possess a firearm or be police officer so that will be potentially life-changing for him," said Wright.

His fellow officers say they knew he was going through a divorce but this came as a complete shock.

"He's one of the last individuals you would expect this from. He's very laid back, very calm, but one could say when matters of the heart are involved, you never know what an individual is inclined to do," said Wright.

"I think you need it," the judge said.

Because of Cunningham's position, the judge called for a special prosecutor and a special judge to be assigned to the case.