[CO] Officer Percival won't lose job for giving girlfriend 50 lashes - "Who do you think they'll believe, me or you?" 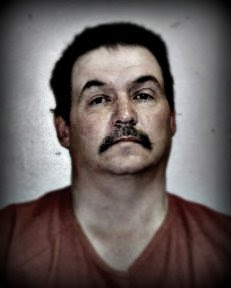 Olathe Police Officer Michael Percival
...The defendant threatened the victim by telling her if she told anyone about these activities or "got him into trouble," he would see to it she lost custody of her 8-year-old daughter, according to the DA's motion... According to the DA's motion, Percival on one occasion allegedly said, "Who do you think they'll believe, me or you?" following an argument when Cabrera threatened to call police...

SPANKING CASE SETTLED WITH HARASSMENT PLEA: Olathe officer hopes to again work in law enforcement
Montrose Daily Press
By Katharhynn Heidelberg
December 16, 2010 4:09 AM MST
[Excerpts] The Olathe police officer accused of brutally spanking his girlfriend will spend the next year on probation but could work again in law enforcement. Michael Percival tendered an Alford plea Wednesday to harassment. (An Alford plea acknowledges there are facts that could result in a conviction; it is treated as a guilty plea.) Allegations of domestic violence were dropped, and a protection order in his case was modified to allow Percival access to firearms for purposes of employment, hunting and home defense... [Full article here]

COP USED POSITION TO INTIMIDATE VICTIM, MONTROSE DA SAYS
Daily Sentinel. Grand Junction, Colo.
Paul Shockley/Grand Junction
Sep 9, 2009.
[Excerpts] A Montrose prosecutor claims an Olathe police officer used his position to convince a woman not to call authorities prior to the officer's June arrest on domestic violence charges. Olathe Police Department officer Michael Percival, 44, allegedly raised his position on at least three occasions to intimidate 42-year-old Elisha Cabrera, according to a motion filed in late August. Montrose Deputy District Attorney Kurt Beckenhauer wants a judge to allow jurors to hear the claims... According to the DA's motion, Percival on one occasion allegedly said, "Who do you think they'll believe, me or you?"... Percival was arrested June 28 on allegations he regularly administered corporal punishments, including beatings with a leather belt and spankings, per the terms of written contracts he had with Cabrera. The defendant threatened the victim by telling her if she told anyone about these activities or "got him into trouble," he would see to it she lost custody of her 8-year-old daughter, according to the DA's motion. The beating allegations came to light after Cabrera's arrest June 18 on charges of third-degree assault, harassment, DUI and obstruction of telephone service. Percival is listed in court records as the victim in that arrest... Percival remains on unpaid leave...

COP'S SPANKING TRIAL DELAYED
Montrose Daily Press
By Katharhynn Heidelberg
September 10, 2009
[Excerpts] The trial for an Olathe cop accused of spanking an ex-girlfriend as punishment has been delayed until January, in part because of amended charges the district attorney wants to file against him. Michael Percival was first charged with third-degree assault as an act of domestic violence after the woman, who herself had been arrested for alleged third-degree assault on Percival, told investigators in June that Percival forced her to disrobe from the waist down and submit to 50 lashes... The woman said Percival beat her because she questioned why she and her daughter weren't included on a fishing trip... He was set for trial today, but that has been continued until Jan. 7... The DA's motion claims Percival used his position as an Olathe police officer to intimidate and control the alleged victim. The document said that prior acts by Percival show "when the defendant becomes angry at the victim, (he) knowingly and intentionally engages in acts of violence against the victim... Deputy District Attorney Kurt Beckenhauer said in the motion that statute allows for previous incidents of domestic violence to be admitted... He claimed Percival similarly abused the woman on prior occasions... [Full article here]

Complainant in officer spanking must testify
Montrose Daily Press
By Katharhynn Heidelberg
Daily Press Senior Writer
September 8, 2010
[Excerpts] The woman who last year accused Olathe Police Officer Michael Percival of brutally spanking her as part of a sado-masochistic "contract" will have to take the stand against him. Montrose County Court abused its discretion when it refused to order her to testify, even though prosecutors had granted her immunity, District Judge Charles Greenacre ruled Friday...He was arrested in June 2009 after the woman went to jail for allegedly assaulting him. As she was being dressed out, a female deputy noticed marks on her body and questioned her. She reported having been lashed across her bare buttocks 50 times over a two-day period... [Full article here]
[police officer involved domestic violence oidv intimate partner violence (ipv) abuse law enforcement public safety teflon colorado state]
on 12/17/2010