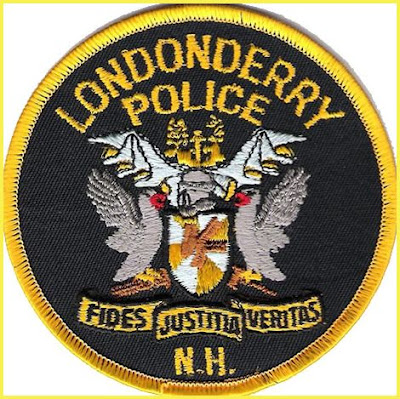 Chief William Hart of the Londonderry Police Department seems to have a history of hiding evidence during his checkered career as a prosecutor and police official, more recently it involves the arrest last January of one of his officers; Jason M. Archambault for domestic violence.

The case of Jason Archambault instead of going through the channels of the criminal justice system (as would be the case for you and me) was rather heard by the State of New Hampshire
POLICE STANDARDS & TRAINING COUNCIL. How is this public transparency of police misconduct? What is Chief Hart Hiding?

Below are the NONPUBLIC session minutes from the hearing held by the State of New Hampshire POLICE STANDARDS & TRAINING COUNCIL.

NONPUBLIC SESSION: Officer Jason Archambault, Londonderry Police Department
Officer Archambault appeared to show cause why the Council should not suspend or revoke his
certification pursuant to Pol 402.02 (a) (12). Officer Archambault stated that it was his wish for
this matter to be heard in nonpublic session.

MOTION: That the Council take no action at this time on the certification of Jason Archambault, and at the end of one year (i.e., May 1, 2011), if there has been no further action taken and no criminal charges have been brought forward, this matter will be closed. Chief Colarusso seconded the motion. Vice Chairman Wrenn clarified that Officer Archambault will retain his certification. The vote of the Council was 7-0 in support of the motion.

In other words, nothing happened to Jason Archambault for assaulting his wife. Archambault is allowed to carry on in the community , carry a gun and act as a law enforcement official without impunity. Where is the justice in this?

It is time that corrupt officials are forced to stand accountable for their actions. STOP THE COVER UPS WILLIAM HART.