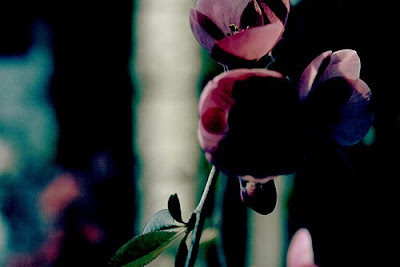 POLICE CONFIRM APPARENT MURDER-SUICIDE IN COLUMBUS: Couple were recently married; neighbor said he heard shots late Tuesday
By Jim Mustian
Wednesday, Dec. 15, 2010
[Excerpts] A Columbus couple were found dead in their house Wednesday afternoon in what is being investigated as a possible murder-suicide, according to Sgt. Matt Blackstock of the Columbus Police Department. Alisha and Christopher Kendrick of 727 Greenbriar Drive, who according to family members had married in August, were pronounced dead at the scene... Dozens of family members, friends and neighbors stood in the middle of the street for hours in an numbing cold and did not begin to leave the scene until about 8:45 p.m. when the bodies were taken out of the house in black bags and loaded into the back of a white coroner van. Several family members wailed uncontrollably, and a few appeared to become physically ill after police officers crossed the yellow crime scene tape and quietly explained what happened inside the house. “I could hardly believe it,” said Alisha Kendrick’s grandfather, Jeff Ford of Woodland, Ga. “She was a nice, quiet girl... Every time I met him, he smiled and everything seemed fine,” Ford said of Christopher Kendrick. [Full article here]

MURDER, SUICIDE
WRBL
By Meredith Armstrong
December 15, 2010
Updated: December 16, 2010
[Excerpts] Investigators went to the home at 727 Greenbriar Drive just before 5 o'clock Wednesday night. There they found the bodies of Christopher and Alisha Kendrick... Lieutenant Lynn Joiner says it appears that Christopher Kendrick shot his wife and then killed himself. Coroner Bill Thrower says based on the autopsy results, both died from a gunshot wound to the head... Gordy Wright with the Georgia State Patrol confirmed that Alisha Kendrick worked with the State Trooper’s office for two and a half years... [Full article here]

CORONER: MURDER-SUICIDE VICTIMS DIED OF GUNSHOT WOUNDS TO HEAD
by GA Daily News
12/17/2010 12:19:00
[Excerpts] Autopsies conducted Thursday show the victims of an apparent murder-suicide in Columbus died of gunshot wounds to the head... Alisha and Christopher Kendrick, who were both 23 years old and recently married, were found dead Wednesday afternoon in their Greenbriar Drive house... Family members of both victims said police told them Christopher Kendrick was the shooter, and a police log of incidents identified Alisha Kendrick as the murder victim. The shootings were discovered about 4:30 p.m. Wednesday after a co-worker of Alisha Kendrick drove to the house to check on her after she didn’t show up at work. Alisha Kendrick worked as a dispatcher for the Georgia Department of Public Safety... Though it’s not clear when the shootings occurred, neighbors reported hearing gun shots around 10 p.m. Tuesday. [Full article here]

COLUMBUS MURDER-SUICIDE: CO-WORKERS, FAMILY COPE WITH DISPATCHER’S DEATH: Police say husband thought to be shooter
Columbus Ledger-Enquirer
By Jim Mustian
Saturday, Dec. 18, 2010
[Excerpts] For the scene of an apparent murder-suicide, an unusual number of Georgia State Patrol cars could be found Wednesday evening among the throng of emergency vehicles lining Greenbriar Drive. The law enforcement agency typically focuses on traffic enforcement and crashes, but the troopers working alongside Columbus police had something of a personal interest in the case of Alisha Kendrick. Having worked several years as a dispatcher for Georgia highway patrol posts in Manchester and Newnan, Kendrick, 23, had become a familiar voice over the airwaves. Many of her colleagues knew her as “Lili.” “Obviously it caught everybody there by shock that something like this occurred,” said Gordy Wright, a spokesman for the state patrol. “Anytime there’s a tragedy involving a member of the state patrol, it’s not uncommon for other members to go and assist the family”... Their deaths came as a tragic shock to family members and co-workers, many of whom said they hadn’t noticed anything amiss among the newlyweds. “It’s like somebody had just taken all the breath out of me,” said Casey Muller, a friend and former colleague of Alisha Kendrick’s who now works for the Newnan Police Department. “She was one of the kindest and most vivacious people I have ever had the pleasure of knowing. “She always had a smile on her face and had the most lively outlook about everything,” Muller added. “I know the department will never be the same.” A Woodland, Ga., native, Alisha Kendrick moved to Columbus about three or four years ago to study at Columbus State University, where she was working toward a medical degree, said her uncle, Olen Barron of Manchester, Ga. “She was very smart,” Barron said. “And she was a beautiful girl. She was my favorite niece”... Regardless of when and where the services are held, Wright said he expects a contingent of state troopers to be on hand. “Trooper and operators, they’re really close,” Wright said. “When there’s a tragedy, they come together.” [Full article here]
[police officer involved domestic violence oidv intimate partner violence (IPV) abuse law enforcement public safety fatality fatalities lethal murder suicide georgia state jail]
on 12/19/2010